First Official Casting for A Game of Thrones

Actor Peter Dinklage has been confirmed to be playing the crucial role of Tyrion Lannister in HBO's A Game of Thrones. It was feared that finding an actor to play Tyrion would be one of the greatest challenges for the casting department, but instead Dinklage's name was raised by fans almost as soon as the project was commissioned. HBO were allegedly in talks with the actor as early as several months ago, when he was reported to have been visiting their offices to discuss possible projects. 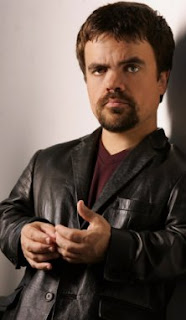 Dinklage rose to notice in 2003's The Station Agent, a small, character-based drama directed by Thomas McCarthy. Since then Dinklage has appeared in a number of projects, including a memorably enraged appearance in Elf (in which he played an entertainment troubleshooter who physically attacked Will Ferrell's character after being called an 'elf' one time too many) and an actor angry with typecasting in Living in Oblivion. A whole slew of acclaimed film and TV appearances followed, including roles on Threshold, Nip/Tuck and 30 Rock. He most recently appeared as Trumpkin in Prince Caspian, a character he will reprise in the forthcoming Voyage of the Dawn Treader adaption. 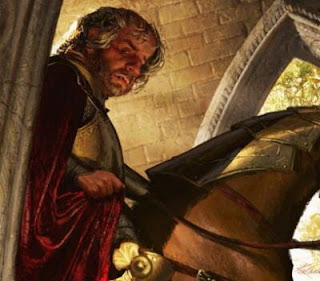 Tyrion Lannister is one of the central characters in A Song of Ice and Fire, arguably one of the three core protagonists of the series. He is the youngest son of Tywin Lannister, Lord of Casterly Rock and one of the most powerful rulers in the Seven Kingdoms. Tyrion was born misshapen and his mother died in childbirth, two things that Tywin has never forgiven his younger son for. Whilst not unskilled at combat (he has engineered his own saddle that allows him to fight effectively from horseback), Tyrion's size has rendered him unable to win valour in battle like his elder brother Jaime, arguably the single most acclaimed swordsman of his generation. Instead, Tyrion uses his wits and raw cunning to win achievements, and is particularly skilled at intrigue and deception. When Jaime joins the Kingsguard, forswearing all claims to inheritance, Tyrion becomes Tywin's heir, much to Tywin's fury. Much of the drama in the story is mined from Tyrion's attempts to 'prove himself' to the father who hates him whilst furthering his own ambitions. Tyrion has been called the single most well-realised character in the history of epic fantasy and it is hard to argue with that assessment.

It is, frankly, an absolute gift of a role and I think Dinklage is up to the challenge.

On an appropriate note, Dinklage's director and writer on The Station Agent, Tom McCarthy, has been announced as the director of A Game of Thrones' pilot episode. McCarthy is primarily an actor, but won acclaim for directing both The Station Agent and 2007's The Visitor. He also won a BAFTA, a Writer's Guild of America Award and a Sundance Film Festival award for his screenplay for The Station Agent. On the acting front, his most recent high-profile role was as unscrupulous journalist Scott Templeton on the final season of The Wire. 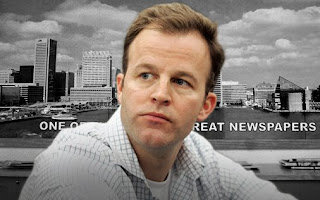 I anticipate further casting news over the next few weeks as HBO gears up for the beginning of production in Belfast in October.
Posted by Adam Whitehead at 13:09

I am looking forward this series with great anticipation. Love the book - Dinklage will be fantastic in the role of Tyrion - and all seem to be great choices so far!

Brilliant! His turn in "In Bruges" was one of the funniest things I have ever seen, also "Death at A Funeral" performance was classic.

He's not in In Bruges. That's Prentice Jordan (who was everyone's #2 choice for the role) :-)