The producers of the forthcoming new Judge Dredd movie have confirmed that they have cast Karl Urban in the title role. Urban is best-known for his roles as Eomer in the Lord of the Rings movie trilogy and as Dr. McCoy in the recent Star Trek movie. 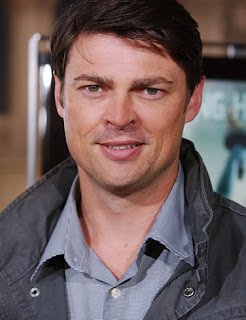 The new film is due to start shooting in Johannesburg 'soon' and is being directed by Pete Travis, whose previous credits were the so-so Vantage Point and Endgame. This marks the second attempt to bring the lawman to the big screen, following a 1995 movie starring Sylvester Stallone which had a very mixed reception. The producers have stated that, unlike in the previous film, Dredd will not remove his helmet for the duration of the film, following the precedent established in the comic. The film will be in 3D and the script was written by Alex Garland.
Posted by Adam Whitehead at 23:14

Karl Urban is great, make sure you also check out "Out of the Blue" but not "Pathfinder".