Sky have pulled out of its planned remake/reboot of classic 1970s SF show Blake's 7. Sky had been developing the project with the rights-holders B7 Productions for several years, but recently ended their involvement. The reasons for their departure are unknown. B7 Productions' statement is a morass of marketing-speak (featuring the splendidly nonsensical term '360 degree exploitation opportunities', which no sane human would ever utter out loud) but essentially they are claiming that even without Sky's involvement they already have 60% of the needed budget in place (whether that's for a full series or just a pilot is unknown). 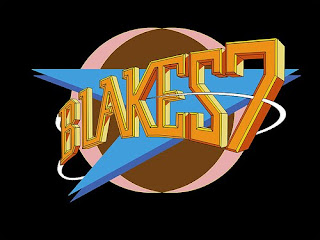 Blake's 7 ran for four seasons and 52 episodes between 1978 and 1981 and was one of the top-rated TV shows of its time, attracting ratings on a par with Doctor Who and even besting Britain's top-rated soap Coronation Street in one showdown. The series, set roughly a thousand years in the future, depicted a totalitarian Federation (amusingly, their symbol is the Star Trek Federation's symbol turned to the extreme right) keeping its citizens in-line with drugs. A band of rebels led by the titular Blake manage to acquire a powerful alien starship and use it to oppose the Federation, but over time Blake's clean-cut, Robin Hood-in-space image is compromised as he and his band have to make harder and harder decisions that lead to many civilian deaths. Blake's idealism is kept in check by the harsh cynicism and capitalism of his nemesis (and the show's antihero) Avon. In a supremely well-done twist, after Blake disappears (after the end of Season 2) a thoroughly unwilling Avon is thrust into the role of the new figurehead to bring down the Federation, much to his own disgust and bemusement. The series is famous for ending on an insanely bleak note. It was more new BSG than new BSG ever was, remarkable as it originally aired at the same time as the old BSG.

B7 was an influence on, among other things, Firefly and Babylon 5, and the recent DVD re-releases have done very well. Whilst Sky pulling out of the reboot (one of the few such projects I can see a very compelling argument for) is a shame, it does sound like the producers are pressing on. Let's hope they succeed and, more importantly, the results live up to the original show's heritage.
Posted by Adam Whitehead at 19:42

Hi Adam
I bumped in to your site while looking for info about Chung Kuo.
I haven't checked you site yet but I definitely will use as a ref. for other books to read.

I noticed that David Wingrove wrote on your blog and I was wondering if you have any way of contacting him?

I am an artist who is interested in working on a comic version of his books and would like to ask him a few questions about it.
If you can help me that would be great, if not thanks nevertheless!

I have a blog as well, if you'd like to see some of the sci-fi art I do you can drop me a comment at

I was listening to JMS' commentary to Signs and Portents a few days ago, and he did mention Blake 7 - thanks to your blog I now know what he was talking about.:)

Anyway, it does sound like a really interesting project, and I hope they succeed in making it.

Watched the original on UK Gold when I was a kid and absolutely loved it. Is definitely a remake which I see a huge amount of potential for, even though some of the cast in the original such as Paul Darrow were absolutely brilliant in their roles. The story is very compelling and with a bit of a bigger budget (so we escape gravel pit world #32) could be great.
Personally I'm a bit less optimistic when 360 degree marketing speak gets introduced. If you can't talk clearly I always feel like you're obscuring something.

Certainly my preference would be for them to cast Paul Darrow in the new series. My choice would be as the Federation President (who is mentioned in the original but never appears before his reported off-screen demise). It would be a great shout-out to the original show, like casting Richard Hatch in the new BSG.

That said, the last word was that Paul Darrow had parted company with B7 Productions over disagreements over the future direction of the project, so he might not be so keen to do that.

I've rewatched Blake's 7 a few months ago, after loving it when I was a kid. It seems really cheesy now and I was embarassed to see that scenes and entire episodes were very different from what I remembered from my childhood.

It would be interesting to see how a reinventing of the concept would work in this day and age, but I am afraid that it would turn into a kind of V_2009 which is clearly outdated or into one of these adolescent series where everybody looks good and has a cause and the plot doesn't make any sense at all.

I mean, we are talking about Robin Hood in space, for crying out loud :)