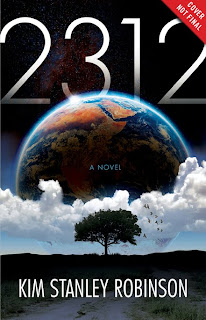 2312 is Kim Stanley Robinson's next novel, a big epic set in and throughout the Solar system in the titular year. Sadly, the original plan to release the novel on 2 March (2/3/12 in the UK dating system) seems to have fallen through, with the novel currently scheduled for May instead. Orbit will be publishing in the UK with the suitably epic cover seen above. 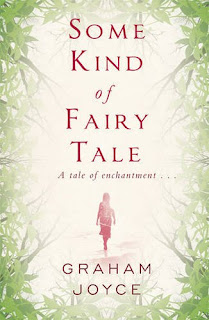 Graham Joyce's new novel, Some Kind of Fairy Tale, is apparently a fresh take on the English 'woodland fantasy' subgenre (well-exemplified by Robert Holdstock's definitive Mythago Wood and Paul Kearney's A Different Kingdom) and will be published by Gollancz in the UK on 15 March with some nicely-understated cover art. 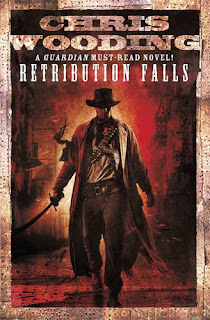 Gollancz are also issuing fresh, YA editions of Chris Wooding's Tales of the Ketty Jay sequence through their new Indigo line. The new Retribution Falls will be out on 5 January and will be followed by The Black Lung Captain later in the year. The new cover is striking and brings home the Western influence in the series, but I must admit at disappointment with the lack of airship action on this edition.
Posted by Adam Whitehead at 15:40

Not how I imagine Darian Frey to look, in fact looks more like Roland Deschain with a sword.

Was hoping you were posting about artwork for The Iron Jackal, this is over due now wasnt it supposed to be out in August?

Quite frankly its hard to top the current art for Chris Wooding. It's distinctive, pretty and accurate.

This has nothing to do with the post - but i couldn't find any other place to ask a question -
I've been reading the UK editions of Orson Scott Cards Homecoming series, and have been quite dismayed at the extremely poor editing. wrong words, words swapped in place, thoroughly incomplete or senseless sentences. Do you know if the American editions are the same? I read the American editions of the Ender series, and didn't see this, but these are so badly edited that i struggle at times to keep reading - i love the story, but the text is next to impossible. Did you notice the same thing? Do you know if this is isolated or is indicative of the editors he chose? Anyway - thanks for the great blog and reviews - I love'em.

I've got no idea. I haven't read any of the HOMECOMING books for well over a decade. Maybe someone else can chime in?

OSC's website has quite an active forum with mostly reasonable people who surely are able (and willing) to respond to your question:
http://www.hatrack.com/cgi-bin/ubbmain/ultimatebb.cgi?ubb=forum;f=1;hardset=0;start_point=0;DaysPrune=0