Early news from the San Diega Comic-Con has revealed that Dame Diana Rigg has been cast in the third season of Game of Thrones. 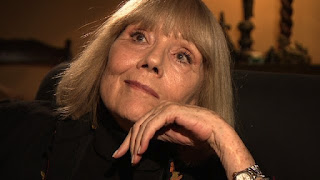 Rigg is best-known for playing the role of Emma Peel on cult 1960s show The Avengers. She left the show to play Contessa Teresa di Vicenzo in the sixth James Bond film, On Her Majesty's Secret Service, famously regarded as Bond's only 'true' love and the only woman to marry him, albeit briefly. Rigg's subsequent career has focused on stage work, with occasional roles in TV series such as Mrs. Golightly in the Moll Flanders mini-series. She has also served as Chancellor of Stirling University. Rigg recently filmed an appearance in the next season of Doctor Who alongside her actress daughter, Rachael Stirling, to air in early 2013. 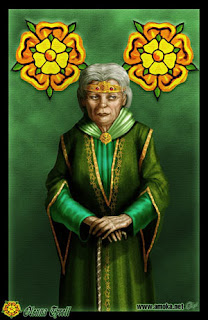 In Thrones Rigg will be playing the role of Olenna Tyrell, better-known as the Queen of Thorns. The formidable matriarch of House Tyrell, she was born in House Redwyne, the rulers of the Arbor, and married Lord Luthor Tyrell of Highgarden. Olenna described Luthor as a mediocre sort of man, not unskilled in certain intimate areas but also boorish. He died by riding a horse off a cliff whilst hawking, possibly one of the more comical deaths referenced in the Song of Ice and Fire novels. This led to Luthor and Olenna's magnificently fatuous son Mace becoming the ruler of the Reach. Olenna has little to no patience with her moronic son, but is fond of her grandchildren, Loras and Margaery. She is Margaery's mentor in the field of political intrigue and is a skilled player in the game of thrones, often underestimated due to her advanced age. She is almost always accompanied by two bodyguards/servants named Erryk and Arryk, twins whom she can't tell apart and usually refers to as 'Left' and 'Right'.

Rigg should totally kill in this role. Really looking forwards to her scenes with Natalie Dormer and Sophie Turner.
Posted by Adam Whitehead at 19:59

FANTASTIC casting for this role. I predict memes of Olenna Tyrell forcing Joffrey to ask for his "prophylactic" back to start any day now.

On a more serious note, I expect this means expanded screentime for the Queen of Thorns compared to the book. Very excited!