A round-up of news regarding Season 3 of Game of Thrones (note: one minor spoiler if you haven't read A Storm of Swords). 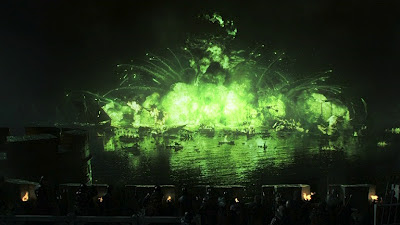 Great roundup! There is a small typo, though, it says Brotherhood Without Brothers...

My mate Graham stands six foot three inches tall, has a massive red beard and shoulder length hair and has just found out from ExtrasNI that the casting director wants him for one of the twelve Brotherhood without Banners extras for the season. He has ten days of filming coming up with Maisie Williams.

Who says being a giant ginger is a bad thing:)!

My application is still pending....grrrrr!! In no way jealous.

I really, really don't understand why they gave Beric Dondarrion a big scene in S1 if they knew they might have to recast. I would have been the easiest thing in the world to leave him offscreen. Ditto Selyse, although since she wasn't identified by name, so it's not as big a deal.

awesome news! Can't wait for the season to begin again!

interesting to see, how the bring Reed children in the plot. just find in the forest??

Not really a spoiler. The authors have already killed characters in S1 while GRRM was telling them they were not dead and would come back later. They can just as well decide that they're going to keep some characters that GRRM has decided to kill.
Maybe it could be considered spoiler for the season though. Even then it's a contract for HBO to be sure the actor stays with them, it could be shortened.

No, it's not. The show don't know how he's character ends, so they booked him for that role all seasons, so they are sure of having him in the role.

However it is a spoiler for them who hasn't read the books, and the Davos cliffhanger from Blsckwater is clearly exposed.
They are eventually gonna confirm characters who gives alot of spoilers.

Not necessarily; as is pointed out, 6-season contracts are standard in the TV biz.

WiC is now speculating that Diana Rigg may have been cast as Oleanna Tyrell. That would be fairly awesome.