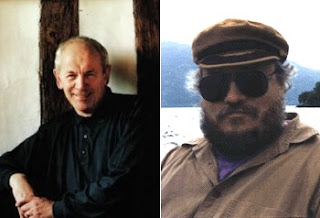 Garner is an English novelist noted for his use of folk tales. He is best-known for his children's fantasy novel Elidor (made into a TV series in the 1990s) and his Brisingamen trilogy, consisting of The Weirdstone of Brisingamen (1960), The Moon of Gomrath (1963) and the long-gestating Boneland (2012).

Martin, I'm sure, needs no introduction. The fact that Garner is his co-recipient will I'm sure please GRRM, as he is a fan of Garner's work and in fact has a House Garner (complete with a sigil based on his novel The Owl Service) listed amongst the noble houses of Westeros.

The convention will take place on 1-4 November this year.
Posted by Adam Whitehead at 11:50