Nerd World Report have a lengthy interview with Bryan Fuller, the producer/showrunner behind both Starz's American Gods and CBS's Star Trek: Discovery. 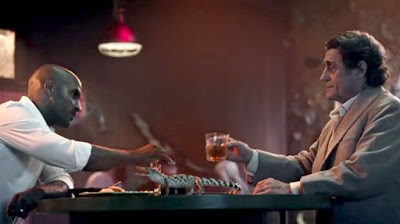 Fuller packs in a fair bit of info from both shows, including:

The first, nine-episode season will cover roughly a quarter of Neil Gaiman's novel. A major and infamous event involving the goddess Bilquis will be in Episode 1.

Bryan Fuller read the novel of American Gods about a year after it was originally published, so was a fan of the book a long time before the TV show was conceived.

The show opens with a two-part episode. Part 1 is co-written by Bryan Fuller and Alex Kurtzman and Part 2 is written by Nicholas Meyer.

The main character is nicknamed "Number One" in honour of Majel Barrett's character from the original Star Trek pilot, The Cage, but isn't exactly the same character.

It's not fully decided yet if the show will have a totally new score or will pay tribute to music from previous series.

Originally the series was conceived as being able to take place in either the original (or "Prime") timeline or the Abramsverse (aka "Kelvin Timeline"). Kurtzman and Fuller settled on the Prime timeline because it meant they didn't have to track what was going on in the movies and vice versa (although I suspect the legal issues played their part as well).

Both shows are being shot in Toronto, with American Gods wrapping up production shortly and Star Trek: Discovery now in pre-production. Both shows are expected to air in early 2017.
Posted by Adam Whitehead at 18:09

Only a quarter of American Gods? Either they're putting in a lot of filler or that book is a lot longer and more action packed than I remember. Shades of The Hobbit I think.