Building a Universe in the Public Eye: STAR CITIZEN

Kotaku UK have published an excellent article exploring the development of Star Citizen, a vast science fiction video game from the creators of the Wing Commander series. 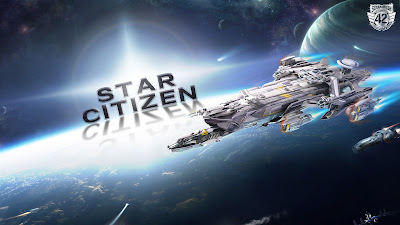 For those unfamiliar with it, Star Citizen is the most expensive crowdfunded project in history. It is the brainchild of Chris Roberts, a veteran video game developer who'd worked on projects stretching back to the 1980s and the BBC Micro. Roberts became famous almost overnight for his space combat game Wing Commander, released in 1990 on the PC. It had cutting-edge visuals, a vast sense of scale and an unusually strong storyline. It was one of the first games to really push the PC as a gaming machine as well.

Several sequels and spin-offs followed, some of them worked on by Roberts's brother, Erin. Chris and Erin together set up Digital Anvil Studios in the late 1990s to make a new series of space games set in the same universe, to be published by Microsoft. In 2001 they released a single-player game, mostly created by Erin's team, called Starlancer. It was excellent, one of the best space combat games made before the bottom dropped out of the market. In 2003 they shipped the considerably more controversial Freelancer. Originally mooted as an open-world multiplayer title, the game had been delayed numerous times, was started over on a couple of occasions and fell far short of its ambitions. The game was retooled (fairly late in development) as a singleplayer game with a multiplayer mode. On release it was criticised for being dumbed down (replacing the joystick with mouse-and-keyboard controls like a shooter, for example). In later years it was praised for its moddability, which allowed some enterprising fans to rebuild the game into something more like what Chris Roberts had originally intended, but it certainly wasn't the game that fans originally felt they'd been promised. 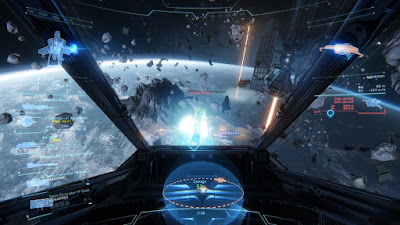 By that point Roberts had quit the industry to go and work in Hollywood. His Wing Commander games had developed to feature lengthy full-motion video sequences starring actors like Mark Hamill and John Rhys-Davies, directed by Roberts himself, and Roberts decided to work on a stand-alone Wing Commander film. The resulting movie, released in 1999, was widely derided. Whilst working on Freelancer and encountering publisher interference, Roberts decided that he'd rather work somewhere where his vision could be fulfilled with less hindrance and he went back to Hollywood to work as a producer. He ended up working on movies including The Punisher, Lucky Number Slevin and Lord of War before deciding to return to video game development.

In 2011 Roberts decided to dust off his original design for Freelancer and take another punt at it, this time with much better technology. His original plan had been to create a modest prototype to attract private investment, but the prototype ended up being so ambitious and impressive that fans - many of whom had played the Wing Commander games as kids - flocked to give him their money. Roberts ran a Kickstarter campaign that raised $2.4 million, but also included a crowdfunding platform on his own website. This kept growing and growing in a way they defied belief. As of this month, almost $127 million has been donated to the development of the game. 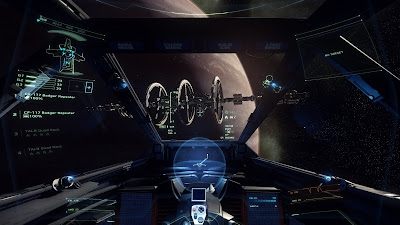 Star Citizen plans to be the ultimate science fiction video game. You will control an avatar which can pilot one of hundreds of starships as well as engaging in first-person combat both on the ground, in space stations and even in zero-gravity encounters in space. The ships can fly between several hundred planets, landing anywhere on their surfaces (from massive cities to mining bases to open wilderness) and engaging in activities including combat, courier work and passenger-ferrying. The game will have lengthy missions spanning many star systems and taking hours to fulfil, as well as a dynamic, developing universe. The game will also incorporate an entire Wing Commander-esque single-player military campaign called Squadron 42, along with CG movie sequences featuring voice actors including Gillian Anderson and Gary Oldman.

The game will basically be Elite: Dangerous, Crysis and Mass Effect, all at once. It is literally the most ambitious video game ever designed. That budget may sound huge, and it's certainly getting up there for a video game (it's a lot more than, say, Mass Effect 3 or Fallout 4), but it's still only about half the budget of the likes of Grand Theft Auto V and Destiny, which are somewhat more modest in their ambitions.


Yeah, it's an hour long, but well worth it for a look at the sheer scale of what they are attempting.

At this point Star Citizen is two years overdue and it is highly unlikely we will see it before 2018 at the absolute earliest. We may see Squadron 42 next year, if things go well. Some backers have grown angry at the game's lengthy development and what has been perceived as "feature creep" and demanded refunds. However, others are keeping the faith. Recent gameplay videos giving a better idea of what the game will look like - featuring a player moving from a meeting on a space station to flying through space to salvaging a derelict spacecraft to landing on a planet to engaging in combat, all seamlessly - have restored some flagging enthusiasm for the project. Most heartening, from the Kotaku article, is that the problems, development bottlenecks and logjams which blighted the project in 2013 and 2014 now seem to have been cleared. Erin Roberts, who (unlike his brother) remained in the game industry working on the tightly-focused, efficiently-developed Lego video games, is now in charge of several of the more problematic areas of development and a host of ex-CryTek staff have been brought in to work on the tricky engine.

It'll be interesting to see if Star Citizen soars or crashes and burns, especially after the disappointing and controversial No Man's Sky. There's plenty to be hopeful about, not least the fact the the Roberts brothers have a pretty strong track record behind them, and they certainly don't have the normal problem of not enough money. But I think we'll need to some pretty solid releases next year of more playable material or even the entire Squadron 42 game so fans can continuing keeping faith with the project and taking it all the way to release.
Posted by Adam Whitehead at 21:36