Sony confirm a DARK TOWER TV series is in the works

Sony Pictures have confirmed that they are moving ahead with a Dark Tower spin-off TV series which will be heavily connected to their forthcoming film. 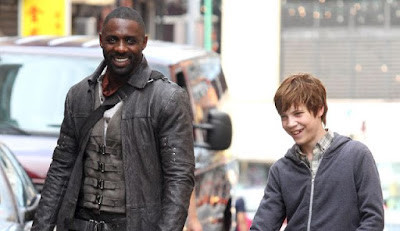 The film, starring Idris Elba as Roland and Matthew McConaughey as the Man in Black, will be released in February 2017 and will serve as the intro to a series of movies acting as both a sequel to and retelling of the story in Stephen King's eight-volume novel series. The TV series will serve as a prequel to the movies and books both, directly adapting Wizard and Glass (the fourth volume in the books) and drawing on backstory elements established in The Gunslinger.

Using a combination of TV and film to tell the massive story of The Dark Tower was part of the original plan when the project was at Warner Brothers and HBO under Ron Howard's guidance. However, when that fell through due to cost Sony decided it only wanted to make the first film and see how it did before committing to more. With shooting of the movie wrapped up and post-production now underway, Sony now appear to be much more confident in the property and have greenlit the TV series, which will consist of 10-13 episodes with film director Nikolaj Arcel and screenwriters Anders Thomas Jensen and possibly Akiva Goldsman involved in writing the episodes. Ron Howard remains a producer, but likely in a hands-off role. 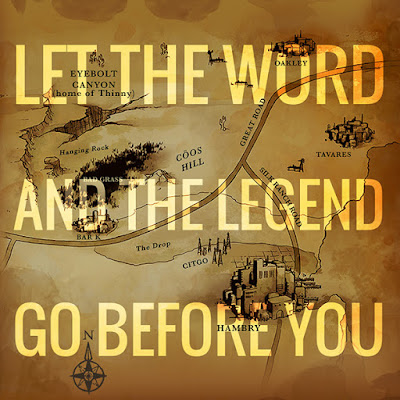 Sony have also released a map of the lands that will be visited in the Dark Tower TV series.

Most intriguingly, Idris Elba will reprise his role as Roland, along with Tom Taylor as Jake, in the TV series, but only in framing sequences set in the present-day. A younger actor will be cast in the role of teenage Roland.

I don't quite understand how the movies could be "both a sequel to and retelling of the" books.
Wouldn't that mean that after (because "sequel") the stories in the books comes pretty much the same story again (because "retelling") told by the movies. So things would happen twice in a row in the Gunslinger universe. That can't be what you're trying to say, right?
Please let me know where I lost you! ;-)

No, that's right (MASSIVE SPOILER ALERT). The DARK TOWER story basically has Roland caught in a time loop. At the end of Book 7, he gets sent back to the start of Book 1.

However, each time he completes the loop, things change. He meets different people, he gets different artifacts and so on. According to King's intimations, the loop will not carry on forever and eventually there will be a final end to the loop and the story. He just chose not to feature that in the novels. Apprently at one time he planned to go rewrite all seven books with special editions in a new version of the story that would perhaps feature a different ending, but the combined film and TV series may achieve that instead.