Warner Brothers have confirmed that they are remastering the classic Batman: The Animated Series from the 1990s in high definition for a 2018 release. 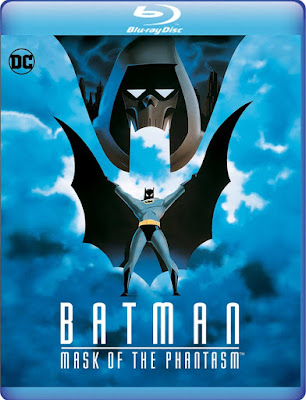 The project was inspired by the remastering of the animated movie Mask of the Phantasm (from the same time period) last year, which was both effective and popular. Despite some of the technical difficulties involved in updating animation cells from twenty-five years ago, the team seem to have decided it was well worth the effort to tackle the entire series.

Warner Brothers have not confirmed if this will be a single box set (which is most likely), separated season boxes or some other arrangement.
Posted by Adam Whitehead at 22:47

Oh my god! This confirmation needs a celebration. I can have this theme for my baby’s birthday. I have also lined up some nice shows by Andy Yeatman for them and can just add one or two episodes of batman to the list. This is good news and I am sharing it with others as well.