Roy Dotrice, a veteran actor of stage and screen who achieved a new level of late-life fame through his collaborations with George R.R. Martin, has passed away at the age of 94. 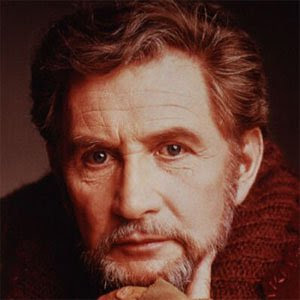 Dotrice was born in Guernsey, one of the British Channel Islands, in 1923. When the Germans invaded in 1940, he escaped in a rowboat to the south coast of Britain. Aged just 16, he entered the Royal Air Force as an AA gunner before being assigned as a gunner on board aircraft. He was imprisoned for three years in a German prisoner of war camp. Released at the end of the war he started acting almost immediately, appearing a play later in 1945 called Back Home about ex-POWs reintegrating into civilian life.

Dotrice cultivated an extensive stage career in the 1940s, 1950s and 1960s. He began appearing on television and in film in the early 1960s, but his heart remained with the stage: his one-man performance of Brief Lives, starting in 1967, eventually wracked up 1,782 performances and earned him his first Guinness World Record.

During the 1980s he gained renewed fame in the United States, first through appearing in Amadeus in 1984 in a celebrated supporting role playing the title character's father. He was then cast as Father, the mentor and leader of an underground community in New York City, in the urban fantasy series Beauty and the Beast. During his three-year stint on the show, he met and befriended George R.R. Martin, who worked on the show as a producer and writer. 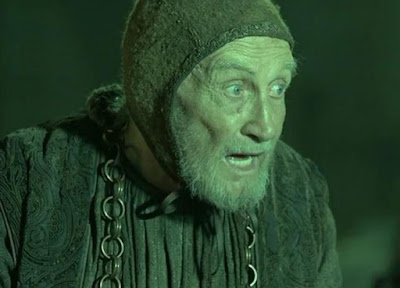 After Beauty and the Beast was cancelled, Martin began working on a fantasy novel series, A Song of Ice and Fire. When the first book, A Game of Thrones, was published in 1996, he personally requested that Dotrice perform the audio book version. Dotrice agreed, voicing 224 distinct characters in the novel, earning him his second Guinness World Record. Dotrice returned to voice the audio books for each successive novel in the series; A Storm of Swords saw him break his own record for the largest number of distinct characters voiced. Dotrice was unavailable (due to ill health) to voice A Feast for Crows in 2005, but returned by popular demand. In 2014 he voiced the audio book version of The World of Ice and Fire.

Dotrice continued to appear in television and on film, including a recurring role on Picket Fences. He also wracked up other genre credits, playing Frederick Lantze in the Season 2 finale of Babylon 5, Wesley Wyndham-Pryce's overbearing father on Angel and Zeus on Hercules: The Legendary Journeys.

Despite advanced age, he continued to act on stage and on screen. In 2011 he was cast in the role of Grand Maester Pycelle on HBO's Game of Thrones, the TV adaptation of Martin's Song of Ice and Fire novels. Ill health forced him to pull out of the role at the last minute; his friend and occasional colleague Julian Glover agreed to take the role over partially as a favour to Dotrice. Recovered, Dotrice did appear in the series as Pyromancer Hallyne in two episodes of Season 2.

A tremendously gifted and talented actor, with a career spanning a remarkable eight decades, he will be missed.
Posted by Adam Whitehead at 19:30

Email ThisBlogThis!Share to TwitterShare to FacebookShare to Pinterest
Labels: a game of thrones (TV series), amadeus, beauty and the beast, memorials, roy dotrice