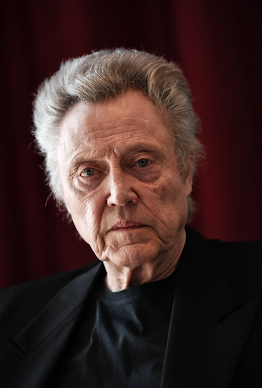 Walken is a legendary American actor whose film and TV credit list of note is almost too long to comfortably quote. Among his best-known films are Annie Hall, The Deer Hunter, The Dead Zone, A View to a Kill, King of New York, True Romance, Pulp Fiction, Sleepy Hollow, Catch Me If You Can and Hairspray. His TV ("More Cowbell"), stage and even music video performances (particularly Fatboy Slim's "Weapon of Choice") are also legendary.

Shaddam IV of House Corrino is the Emperor of the Known Universe, ruler of the Imperium, although he has to share his power with the Landsraad Council. The rising popularity of Duke Leto Atreides instils paranoia in Shaddam IV, leading him to plot Leto's downfall with the Harkonnens, in contravention of the law.

In the 1984 film version of Dune, Shaddam was played by José Ferrer. In the 2000 mini-series, he was played by Giancarlo Giannini.

Dune: Part Two is due to start shooting in the summer with Denise Villeneuve returning to direct. Florence Pugh was also recently cast in the role of Princess Irulan, Shaddam's daughter.

Update: It's now been confirmed that actor Austin Butler has been cast in the role of Feyd-Rautha Harkonnen. Butler is best-known for appearing in Switched at Birth, The Carrie Diaries, The Shannara Chronicles and Once Upon a Time in Hollywood. His next appearance will be in the biopic Elvis, playing the titular King of Rock and Roll.

I'd definitely add Walken's appearance in Fatboy Slim's Video Weapon of Choice which lyrics feature the sentence "Walk without rhythm, it won’t attract the worm”.

Wow. Christopher Walken is not Shaddam IV. He doesn't exude power while conveying helplessness and frustration. But nobody ever cast Walken looking for a simple, straightforward performance, and I'm confident he'll bring something interesting to the role. Love him in Severance too, btw.