This isn't new news - it was alluded to in 2020 - but it did slip under the radar somewhat at the time. Sir Terry Pratchett's Discworld fantasy series has now sold over 100 million copies, making it one of the biggest-selling SFF series of all time. 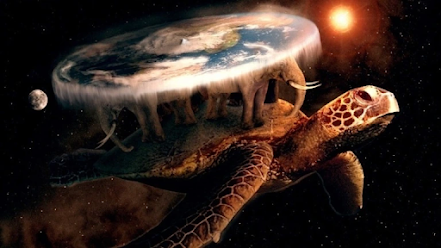 Pratchett's Narrativia production company announced the figure back in 2020 (and suggested it had actually been achieved five years earlier). Sir Terry published 41 Discworld novels in total, beginning with The Colour of Magic in 1983 and concluding with The Shepherd's Crown in 2015, published shortly after the author's passing. The Discworld is a flat planet which is carried through space on the back of four elephants standing in turnon the back of an enormous turtle. The series started off as a parody of fantasy, but developed in a sophisticated literary series musing on a huge variety of subjects. Pratchett was highly-feted during his lifetime, sometimes compared to Charles Dickens for his way of using popular, well-written stories to make points about class, life, morality, religion, superstition and technology.

The figure puts Pratchett's lifetime sales at probably well over 110 million (Pratchett published more than 20 non-Discworld books as well, including popular collaborations with other authors, and even more non-fiction), making him one of the ten biggest-selling SFF authors of all time.

Both Robert Jordan's Wheel of Time and George R.R. Martin's Song of Ice and Fire series are not far behind though, with the former estimated to have sold well over 80 million copies (and potentially more) and the latter on well over 90 million. TV adaptations of both series have helped fuel a recent boom in sales, which could also soon put them into the 100 Million Club.