AMC picks up the rights for ALAN WAKE TV series 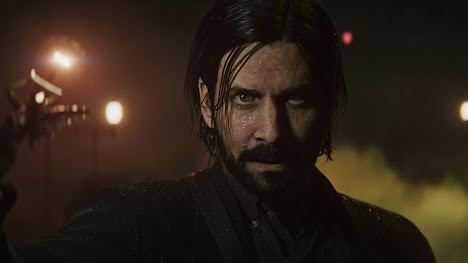 Originally released in 2010, Alan Wake told the story of the titular protagonist, a novelist who travels to Bright Falls, Washington for a break to try to break his writer's block. However, his wife goes missing, apparently kidnapped by a supernatural force, and Alan discovers a strange dimension known as "the Dark Place" impinging on the real world. Aided by various allies, Alan tries to defeat this force and locate his missing wife. The story continued in a standalone expansion, Alan Wake's American Nightmare (2012).

In 2019 Remedy released Control, a new game about a team investigating "Altered World Events" from their headquarters in New York City. The game and its expansions eventually confirm that they take place in the same universe as Alan Wake, and events from the game play a major role in Control's second expansion, AWE. Last year, Remedy released a remastered version of Alan Wake and formally announced that Alan Wake 2 was in development, hopefully for release in 2023.

Work on an Alan Wake TV show began in 2018, with Legion's Peter Calloway set to serve as showrunner and Remedy's Sam Lake (the writer of Alan Wake) serving as producer and consultant.