The news has broken that Ukrainian fantasy author Serhiy Dyachenko has passed away at the age of 77. He was best-known for the books he wrote with his wife Maryna. He wrote and published in both Ukrainian and Russian, and spent the latter part of his life in the United States. 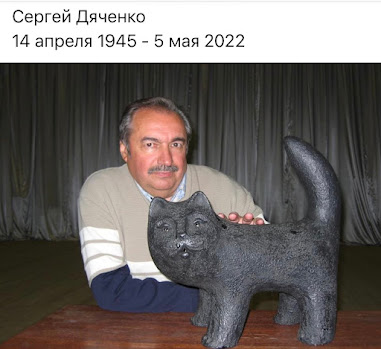 Serhiy Serhiyovych Dyachenko was born in 1945 in Kyiv, then part of the Soviet Union. He began writing with his wife Maryna in the 1990s, publishing their first novel, The Gate-Keeper, in 1994. This book marked the start of the loose-knit Wanderers series, and was followed by The Scar (1996), The Successor (1997) and The Adventurer (2000). The Scar later became their first novel to be translated into English. Their many other novels included Age of the Witch (1997), The Frontier (1999), The Green Card (2000), Wild Energy Lana (2006), The Copper King (2008), Stokrat (2012) and Vita Nostra (2007), which has also been translated into English. They have also written screenplays.

The Dyachenkos relocated from Ukraine to Russia and then to California, spending the last few years in Los Angeles. No cause of death has yet been given.