News has sadly broken that the hugely influential fantasy author Patricia McKillip has passed away at the age of 74. McKillip is best-known for her novels The Forgotten Beasts of Eld (1974) and The Riddle-Master of Hed (1976), which were two hugely important works of fantasy in the post-Tolkien, pre-mass-commercialisation of the genre period. 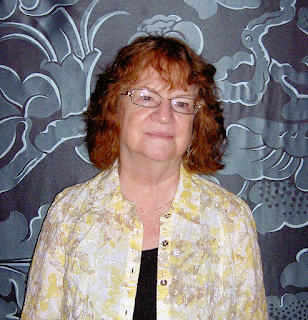 McKillip was born in Salem, Oregon in 1948 and was raised in the USA, UK and Germany. She attended San Jose State University and received a Master of Arts in English in 1973. She started writing whilst in college and published her first book, The Throme of the Erril of Sherill, a novella for children, in 1973.

The Forgotten Beasts of Eld was published in 1974 and immediately put McKillip, then 26, on the map. The book won the 1975 World Fantasy Award and was a nominee for both the Mythopoeic Fantasy Award and the Locus Award. The book tells the story of Sybel, who lives on a mountain, alone apart from a group of mythical creatures summoned by her late father. Sybel is then given the care of a young baby who holds the future of the kingdom in her hands.

The book attracted a rapturous critical reception and sold well. In 1976 McKillip repeated the feat ith The Riddle-Master of Hed, the first in her Riddle-Master Trilogy (which continued with Heir of Sea and Flame and the Hugo-nominated Harpist in the Wind). The trilogy was declared by The Encyclopedia of Science Fiction as a work of "classic stature." The trilogy tells the story of Morgon, the Prince of Hed, who is also the Riddle-Master of his world, and Raederle of An, the heir of sea and fire. The work was hugely successful.

McKillip's later work includes the Cygnet Duology, Kyreol Series and the Winter Rose Duology. She later worked exclusively in standalone novels, including Something Rich and Strange (winner of the 1995 Mythopoeic Fantasy Award), Ombria in Shadow (winner of the 2003 World Fantasy Award), and her last novel, Kingfisher (2016) and her final story collection, Dreams of Distant Shores (2016).

McKillip won a Locus Award, two World Fantasy Awards and two Mythopoeic Fantasy Awards. She was also nominated for the Nebula and Hugo.

A hugely important and influential author modern fantasy, with remarkable prose and character skills, she will be missed.

Email ThisBlogThis!Share to TwitterShare to FacebookShare to Pinterest
Labels: memorials, patricia mckillip, the forgotten beasts of eld, the riddle-master of hed