Writer and showrunner Tony Gilroy has dished the dirt on his upcoming Star Wars TV show Andor. A prequel to the movie Rogue One, the TV series focuses on Rebel Alliance agent Cassian Andor (Diego Luna), a ruthless operative who won't let anything stop him from helping bring down the Empire. 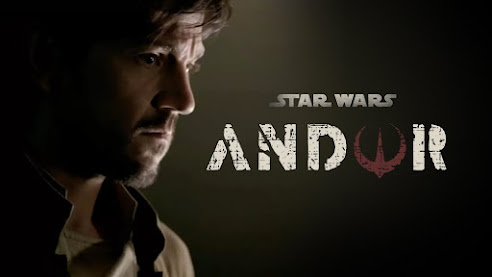 The show has the distinction of being the longest live-action Star Wars season to date, with twelve episodes in its first season. That compares to the six of Obi-Wan Kenobi, the seven of The Book of Boba Fett and the eight of each of The Mandalorian's seasons so far. The show is also already prepping a second season, which will apparently complete the story.

According to Gilroy - who previously wrote the first four Bourne movies and helmed the extensive rewrites and reshoots on Rogue One during its production period - the first season (which starts five years before Rogue One) is about how Andor becomes a revolutionary and joins the Rebel Alliance, whilst the second season tells the story of the events leading up to the start of Rogue One. As a result of that structure, don't expect K-2SO (Alan Tudyk) to show up until Season 2.

The show will have more of an ensemble feel, with a large cast of characters as well as Andor, and a major focus on the character of Mon Mothma (Genevieve O'Reilly), the head of the Rebel Alliance. Mothma previously showed up in Return of the Jedi (when she was played by Caroline Blakiston) as utterer of the infamous line, "Many Bothans died to bring us this information." O'Reilly took over the role of the younger Mothma in a scene cut from Revenge of the Sith, but finally got to play the role onscreen in Rogue One. Apparently Mothma and Andor will not cross paths until Season 2, but their parallel journeys in Season 1 are a major part of the story.

I'm not entirely sure this is a story that needs to be told, but Diego Luna is a great actor and Gilroy is an excellent writer and director when it comes to spy stories, so it should, at the least, be intriguing. Rogue One also stands tall as the best Star Wars movie of the recent era (if not the best since Empire), so seeing an extension to it's story could be worthwhile.

Star Wars: Andor is expected to debut on Disney+ before the end of the summer.

Rogue One can be praised for a number of things, but interesting main characters is not one of them. Jyn Erso and Cassian Andor were completely forgettable, and I cannot imagine how they intend to pad out an entire season of episodes with this guy's adventures.

Unless they do it Mandalorian-style, and rely 100 % on cameos from other parts of the franchise to deliver each and every story highlight.