An early escape for the Dragons

Each of the four previous volumes in A Song of Ice and Fire is notable for being released in the UK before the USA, in the case of A Clash of Kings over four months earlier. Obviously this had problems with spoilers being available online for the books long before the American edition of the novel came out, so for A Dance with Dragons Bantam had carefully coordinated its release so it would come out in all relevant territories on the same day, minimising the risk of spoilers. They also put in place a review embargo preventing reviews from appearing in the press until just before release day. 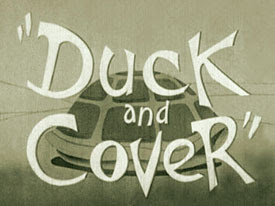 Hide from the searing light of a billion ADWD spoilers!
Typically, these plans have been fouled up by an administrative error. For a few hours earlier today, Amazon.de (the German branch of Amazon) was selling copies of A Dance with Dragons for immediate dispatch. Word spread and a number of fans, including some in the USA, were able to order the book before Amazon realised what was happening and reverted the date back to the official release day of 12 July. Unfortunately (for the publishers), they appear to not have been in time to stop a few of the orders going out.

So, in a day or two, expect to start seeing discussions of A Dance with Dragons appearing in various corners of the Internet. All of the major fansites will likely put into place spoiler warnings for any discussions that take place, so it's a good idea to keep an eye out for such warnings. I've already heard some extreme spoilerphobes vowing not to log back into the Internet until after the book's official release date, which seems a tad drastic, but given the danger of being spoiled at the last minute having just waited six or indeed eleven years for this novel, this is somewhat understandable.

This blog will continue to be an ADWD-spoiler-free zone until further notice, however :-)
Posted by Adam Whitehead at 20:36

Being in the UK you had a chance to get Dragons cheap from Amazon Germany... Didn't take the plunge? :)

I reserved a copy with a deposit some time ago with my local bookshop :-)

Folks over on Westeros are putting out DHL tracking numbers, so I guess some books are indeed out in the wild....Hold onto your hats!

But if a photo of the new map of the Free Cities pops out, you will be kind enough to link to it?

Speaking of ADWD any word on the next/final part of your ASoIaF recap thing and when it is coming.

Thanks for the heads up, wert. I'm not going internet silent but I'm definitely avoiding the westeros forum and ASOIAF - related sites. There's usually strong spoiler monitoring but it only takes one bad post.
My main concern is that with the relative success of the TV show, one of the newspapers might spoil things. It happens with comics all the time.

Wow, I just checked my long-standing pre-order at amazon.de, and it is in fact "preparing for shipping", which usually means that it ships the same day. Wow.

I'm one of the lucky sods who caught one of those early dragons (thanks to my preorder).

I will have to shut up for two weeks and 1-2 more till people have read the book.

The early escape is a questionable benefit when you actually thrive on discussing the books with fellow fans.

Aidan has a post on the Free Cities map:

The final recap is on its way. I'm hoping for tomorrow or Thursday. I got sidetracked by another ASoIaF project today.

It seems Bantam where not able to stop the copies which where prepared to ship by amazon.de yesterday.Got mine today.I guess most german fans have their copy by now.

I was one of the lucky bastards and have read ADWD now. There's a extensive review over the following link. If you don't want to get spoiled, don't even consider clicking it:
http://oeffingerfreidenker.blogspot.com/2011/07/buchbesprechung-george-r-r-martin-dance.html

Stefan is legit, not one of the trolls who is out there posting fake reviews and spoilers, so I'd emphasise that you should REALLY only click on the review if you want to be comprehensively spoiled. If you've been waiting six or eleven years for this, I would strongly recommend not doing it. ADWD is best approached fresh and spoiler-free.

I just got my copy today from a local Montana bookstore. I thought they just made a mistake but when they told me my copy was in I rushed in town and sure enough it was there waiting for me. They must have not realized when it was supposed to be released. I didn't complain. What a surprise! It's awesome so far. Double R. with another great prologue :)