HBO and the BBC to team up for I, CLAUDIUS remake

HBO and the BBC have decided to join forces once again to head to Ancient Rome. In 2005-07, the two companies joined forces to produce two seasons of the epic series Rome, which charted the rise and fall of Julius Caesar and the aftermath of his assassination from the point-of-view of two ordinary legionaries. The series was critically acclaimed, but cancelled after two seasons due to concerns over the astronomical budget. Later, HBO admitted that this decision may have been premature in the face of extremely profitable DVD sales, and there have been several attempts since to mount a Rome movie. 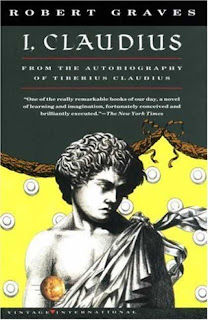 HBO and the BBC are now putting into development a fresh television version of I, Claudius, based on Robert Graves' highly successful duology (I, Claudius and Claudius the God). The BBC produced a legendary 13-part mini-series in 1976 which won multiple Emmy Awards and other awards and featured career-establishing roles for Derek Jacobi, Patrick Stewart and Brian Blessed. The new adaptation will apparently focus more on the novels (the 1976 series had to drop a lot of elements from the books for time reasons) than the previous TV version. 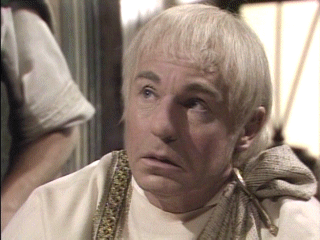 The new series is being produced by several people involved with Rome (though notably not the important creative producers, John Milius and Bruno Heller). There is no word on if it will use the elaborate outdoor steps created for Rome, which are still standing in Italy (though part of them was damaged in a fire a couple of years back), or will move to a cheaper filming location.

This is going to be controversial - the BBC mini-series is considered one of the greatest series the BBC has ever produced - but I think valid. The original series, amazing as it was, was somewhat compressed. The new series (which I assume will be at least two seasons, to focus everything in) should be able to restore those elements under-emphasised in the original. But they're going to have to pull out all the stops to match the cast and performances of the original, which remain superlative thirty-five years on.
Posted by Adam Whitehead at 22:30

I look forward to watching the entire two and a half episode run of this new show.

What a really dumb idea. There are so many great books which have never made it into any video form, TV series or movie, and these jokers want to re-invent the wheel instead of contributing something new? Pffft!

I, Claudius is one of the best TV series ever produced, and Derek Jacobi is Claudius. Why remake it when the original was so good, why not make a TV series of "Masters of Rome" instead, something that was unique to this production?

Making MASTERS OF ROME would be an insanely ambitious proposition (and it would overlap heavily with HBO's existing ROME series). But I was actually thinking there's nothing stopping HBO making a prequel to ROME, with the story of Sulla and so on, and having Cicero, Pompey, Caesar and the other characters show up as young men.

I think there is an element of sensibility here. As wonderful as I, CLAUDIUS is, a lot of people won't watch it as the production values are not great by modern standards. In addition, they can hew closer to the books (though I haven't heard many complaints about the BBC adaptation's faithfulness) and, best of all from those watching fearing a HBO sudden death syndrom, it'll probably be two seasons at absolute best anyway, so there's little chance of it being canned early.

Also, and it may be too cheesy, but they could always ask Derek Jacobi to reprise his role for the old Claudius before he dies (since Claudius was 63 when he died and Jacobi is 72 and can probably pass for a bit younger).

Anyone with as much go in them as Jacobi demonstrates in the IgglePiggle and UpsyDaisy songs on 'In the Night Garden' can surely pass as a man ten years younger than they are!

"But I was actually thinking there's nothing stopping HBO making a prequel to ROME, with the story of Sulla and so on"

That’s what I meant really, the first 2 books in the series cover a time that has to my knowledge never been put to film.