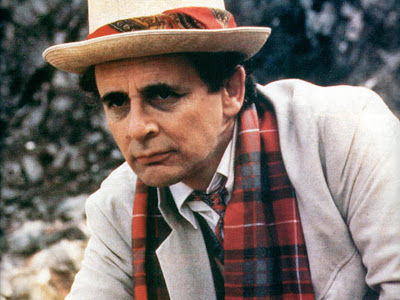 Sylvester McCoy (1943-  ) played the Seventh Doctor in 42 episodes and 12 serials over three seasons, as well as reprising his role in the opening of the 1996 TV movie. He had two companions. Though he appeared in more episodes and serials than Colin Baker, he had slightly less screen-time (amounting to about an hour) as thirteen of Baker's episodes were double-length.

The Seventh Doctor (1987-89, 1996)
Doctor Who's twenty-fourth season began production under a cloud. Producer John Nathan-Turner (now in his eighth season in charge) had been refused permission to leave and was now essentially making the show against his will. He'd also been left with almost no time to prepare the season and wound up recruiting an actor best-known for his comedy skills, Sylvester McCoy (who was, amongst other things, known for putting live ferrets down his trousers), as the Doctor. He also recruited a new script editor, Andrew Cartmel, who was talented but inexperienced.

The twenty-fourth season was weak, uninspiring and tiresome. It was also - some say deliberately - aired directly against Coronation Street, the most popular evening soap opera (and TV show overall) on British television, which destroyed the show's ratings.

Despite these problems, there were signs of hope. Sylvester McCoy proved unexpectedly good in the role. Like Jon Pertwee before him, he saw the show as way of exercising his dramatic skills and forging a new career path (one which would, twenty-five years later, see him cast in Peter Jackson's Hobbit movies as Radagast the Brown). However, for his first season there was more of a comedic air to his character. Fans were also unhappy with the casting of former child actress Bonnie Langford, best-known as a dancer and for her work in musicals, as companion Mel, which also apparently led to more comedic elements at the expense of drama. This combination of factors made the twenty-fourth series seem rather silly and trite.

For the twenty-fifth season, which was also an important anniversary year, it was decided to dramatically retool the writing team. Younger and more dynamic writers like Ben Aaronovitch (who now writes the excellent Peter Grant series of fantastical detective novels) and Marc Platt were recruited and Andrew Cartmel unveiled his 'masterplan'. He wanted to delve into the very psyche and character of the Doctor as part of a plan to reveal the Doctor's true backstory and origins, which would be more complex than previously hinted. He also wanted to develop a far more complex relationship between the Doctor and his new companion Ace, played by Sophie Aldred. 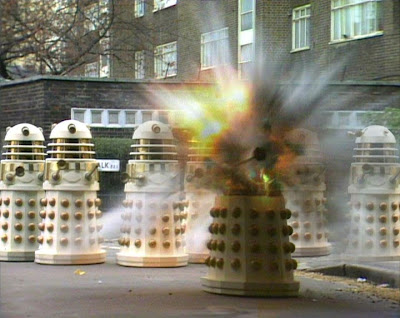 Remembrance of the Daleks is one of the most action-packed stories in the history of the programme, featuring impressive Dalek-on-Dalek battles on the streets of 1963 London.
The fruits of this can be seen in the widely-acclaimed Remembrance of the Daleks, in which the Doctor manipulates events from behind the scenes to bring about the destruction of the Dalek homeworld, Skaro. It was a tremendously effective story, though also a very expensive one (the remainder of the season ended up looking cheaper than normal due to it). The remainder of the season was unremarkable, though Silver Nemesis (featuring an awful reappearance by the Cybermen) did hint at the Doctor's mysterious origins.

The twenty-sixth season was better still. The opening serial, Battlefield, was a bit of a throwaway romp though the return in force of UNIT and the Brigadier - who gets to save the world by destroying an evil demonic entity - was widely welcomed. Cartmel's plans to set the next serial on Gallifrey in the Doctor's family home was deemed a bit too much by Nathan-Turner, who wanted to preserve some more mystery about the Doctor, so it was shifted to a more generic 'haunted' house. Along with the following serial, The Curse of Fenric, these two serials featured the Doctor blatantly manipulating Ace for reasons that remain rather unclear on-screen.

The final serial of the twenty-sixth season, Survival, saw the return of the Master and was noted as a 'grittier' and more suburban take on the series, with much of the action taking place on a poor council estate in the London suburbs where racial tensions are running high. This hinted at a more realistic take on modern Britain which the show had previously shied away from (and would continue to be explored - in perhaps a less confrontational fashion - in the new series).

Towards the end of production on the season the team began making plans for the following, which would be McCoy's last. According to some reports, the team planned to reveal that the Doctor's manipulations of Ace had been tests to see if she was suitable to be trained as a Time Lord (confirming long-standing fan speculation that Time Lords could be recruited from other species, not just Gallifreyan). A new companion, a cat burglar, would be introduced and the Ice Warriors would return after a sixteen-year absence. The Doctor would regenerate in the final episode of the season. However, word came down that the BBC wanted to delay the twenty-seventh season longer than normal. In particular, the BBC were unhappy with their limited budget for the show (very visible compared to the glossy Star Trek: The Next Generation which had just launched in the USA) and wanted to find an independent production company to co-finance the series.

With no firm plans in place for a twenty-seventh season, the production team was broken up, though fortunately they had enough warning to record a new voiceover for the end of Survival which would provide the series with a more fitting ending if the hiatus went on for a long time. The production office was shut down in 1991, twenty-eight years after it opened, and the BBC would continually rebuff any enquiries into the future of the programme by saying it was pursuing the independent production angle. In 1993 the BBC aired a one-off, non-canonical special called Dimensions in Time for the thirtieth anniversary which reunited numerous Doctors, companions, monsters and villains on the set of EastEnders. It was panned, but nevertheless the public gave a warm reception to the various special programmes aired to celebrate the anniversary. Very healthy VHS sales and the continued popularity of Doctor Who Magazine showed that there was still an appetite for the show. The only question was when and how it would return. 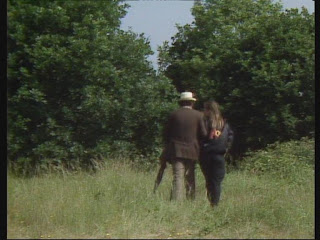 The Seventh Doctor regenerated in the 1996 TV movie after being machine-gunned down by a gang in San Francisco.

Bonnie Langford joined during the Trial of Timelord sequence. Beginning of the end. Even the 12 year old me knew that :-/