Sad news emerged this morning that science fiction and fantasy author Ann C. Crispin has passed away from cancer at the age of 63. 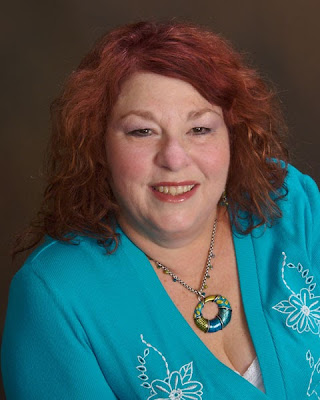 Crispin, who published most of her work under the moniker 'A.C. Crispin', is best-known for her contributions to several shared universes. She wrote six Star Trek novels, beginning with her first published novel, Yesterday's Son (1983). She also wrote in Andre Norton's Witch World universe as well as penning three tie-in novels for the V mini-series and later regular series. She also wrote the novelisation of the film Alien Resurrection. In 1989 she began writing her own series, Starbridge, which eventually expanded to seven volumes.

In 2011, impressed by her work on the Star Wars novels, Disney commissioned her to write the 'origin story' of Jack Sparrow from the Pirates of the Caribbean films, resulting in the 600-page novel The Price of Freedom. This was her last-published work.

As well as writing, Crispin was active in SFF fandom. She served as the Eastern Region Director and later Vice-President of the Science Fiction and Fantasy Writers of America. In 1998 Crispin also co-founded 'Writers Beware', an organisation dedicated to exposing scam agents, editors and publishers. In April 2013 she was named Grandmaster by the International Association of Media Tie-In Writers.

I read Crispin's Star Trek novels when I was young and found them to be among the best of the tie-in novels from that franchise. Crispin's skill was adding background and layers to characters readers believed they were already very familiar with, and she was not particularly interested in being restricted by concerns over canon. The result were novels that might not 'count' in the official histories of those franchises, but were still well-written and fascinating for the different perspectives on established characters. Her work on the Writers Beware program is also highly laudable, given the number of scam artists out there trying to take advantage of young and up-and-coming authors desperate to get published. Cory Doctorow has a brief obituary to her here.
Posted by Adam Whitehead at 11:09

I remember reading Sarek, it was a beautiful novel! She will be missed!