ORPHAN BLACK and AGENTS OF SHIELD get UK airdates

If you're in the UK you might want to set the recorder for two new major US SF shows that are hitting our shores fairly imminently. 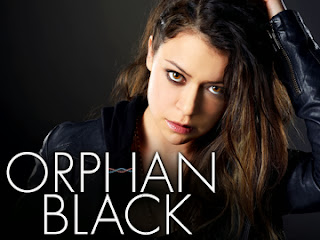 Orphan Black is a science fiction drama series that doesn't really appear to be SF when it starts, but more of an investigative drama. Very quickly the true stakes are revealed. The show has already aired on BBC America in the States and the Space channel in Canada to rave reviews, particularly about the performance of lead actress Tatiana Maslany.

Orphan Black debuts tonight with a double-bill of the first two episodes on BBC-3 at 9pm in the UK, so get the recorder ready quick! The show will also be available on BBC iPlayer, and indeed the first episode has already been put up as a preview. Den of Geek has a non-spoiler preview here, though it will probably leave most none the wiser. This is a show you really need not to get spoiled on ahead of time. 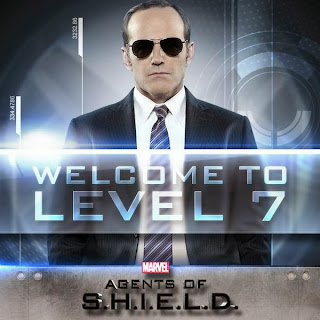 Probably needing less of an introduction, Agents of SHIELD is the TV spin-off from the Marvel Cinematic Universe movies (most notably The Avengers). Clark Gregg reprises his role from The Avengers, Thor and Iron Man 1 and 2 as Agent Phil Coulson of SHIELD, as he assembles a new team of investigators to check out the problems caused by the emergence of super-heroes into an unprepared world. Don't expect any Iron Man or Captain America cameos (just yet, anyway) but other Marvel characters as-yet unused on the big screen may show up from time to time, along with original characters.

The first episode is written and directed by Joss Whedon, whilst the series itself will be helmed by much of the team responsible of the excellent web series Dr. Horrible's Sing-Along Blog

Agents of SHIELD debuts on Friday 27 September at 8pm in the UK. The first episode will also be followed by the one-hour series finale for The IT Crowd.
Posted by Adam Whitehead at 12:29

Orphan Black has the actor who did the voice of the psychotic Vaas in Far Cry 3.

Another reason to give it a go.

Orphan Black is best if you go in unspoiled. That didn't stop BBC America from spoiling the big twist of the entire season in the commercials for the PREMIERE!

Looks like Michael Mando the voice of the psychotic Vass in Far Cry 3 is in Orphan Black.

I've just started watching Orphan Black and quite enjoying it. They sure like their cliffhangers. :)

Orphan Black is a really strong series. However the 'patent stuff' in the ending looks a little unconvincing.