It's the coldest Christmas Eve in the history of Gotham City, with residents taking cover from a furious snowfall. Criminal gangs take advantage of the empty streets to settle old scores and pull off robberies and heists, none more virulently than the gang led by Black Mask. Batman, only a couple of years into his crime-fighting double-life, takes up the fight against Black Mask but learns that there are eight deadly assassins on his trail and a chaotic new villain has also emerged, known only as 'The Joker'. 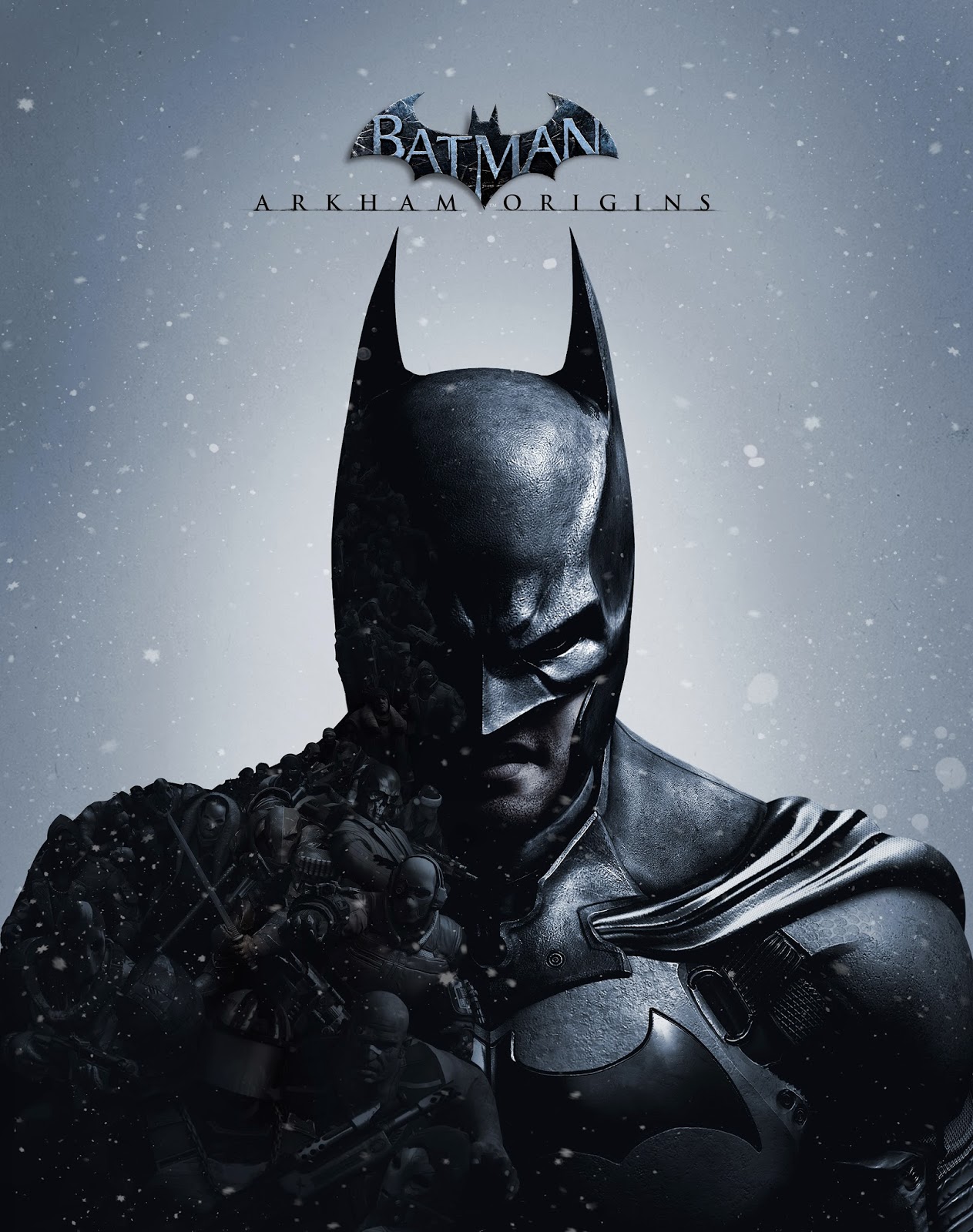 Arkham Origins is the third game in the Arkham series of Batman games and acts as a prequel to Arkham Asylum and Arkham City. Like Arkham City, it depicts a large section of Gotham City and allows the player to free-roam through it, either pursuing the main storyline or undertaking optional side-missions. The game is heavily focused on combat, with Batman having to defeat (but not kill, due to his ethos) hundreds of henchman and criminals as well as several major enemies to progress. The game also emphasises Batman's use of gadgets to overcome obstacles, such as using a crypto-graphic sequencer to hack locks and computers or a glue grenade to block up gas vents. Finally, the game allows Batman to use his detective skills by investigating crime scenes and piecing together sequences of events from clues.

If you played and enjoyed the previous two Arkham games, Batman Origins offers a lot more of the same. Combat is mostly the same, aside from boss fights which are now more dynamic and feature more epic moments and mid-fight dialogue exchanges to make them more interesting. Investigating crime scenes is now a lot more fun, as Batman has more clues to analyse at each crime scene and as he pieces things together the player can rewind or fast-forwards through events to get a clearer idea of what happened and where more evidence might be found. These two additions to the game help differentiate it from its predecessors, but over the course of the 20+ hour game they're not really enough to overcome the feeling that you've seen it all before.

Arguably Arkham Origins's biggest failing is that it is unsuccessful in working as a prequel. Aside from showing the first meeting of Batman and the Joker and Batman and future-Commissioner Gordon, and a cameo by pre-crazy Harley Quinn, not very much play is made of the fact that this story is set earlier than the previous two games at all. It's not even an origin story, with Batman already having been fighting crime for several years. The fact that a lot of the bad guys still think that Batman is a myth means that Black Mask's decision to offer a $50 million reward for Batman's head strains credulity as well.

Where the story really falls apart is its lack of coherence. We start off with Black Mask sending eight assassins after Batman, but several of them are defeated so out-of-hand that they're completely unmemorable. The rest simply act as recurring boss fights through the game. Then, like an episode of The Simpsons, the initial set-up is forgotten quite quickly as the threat of the Joker moves to the fore, but even that gets shunted aside in favour of a showdown between Batman and Bane. Given Bane's status as one of Batman's most genuinely threatening foes due to his role in the Knightfall saga, it's a bit disappointing that Bane ends up being overused in the Arkham trilogy to the point of just turning into another disposable boss. 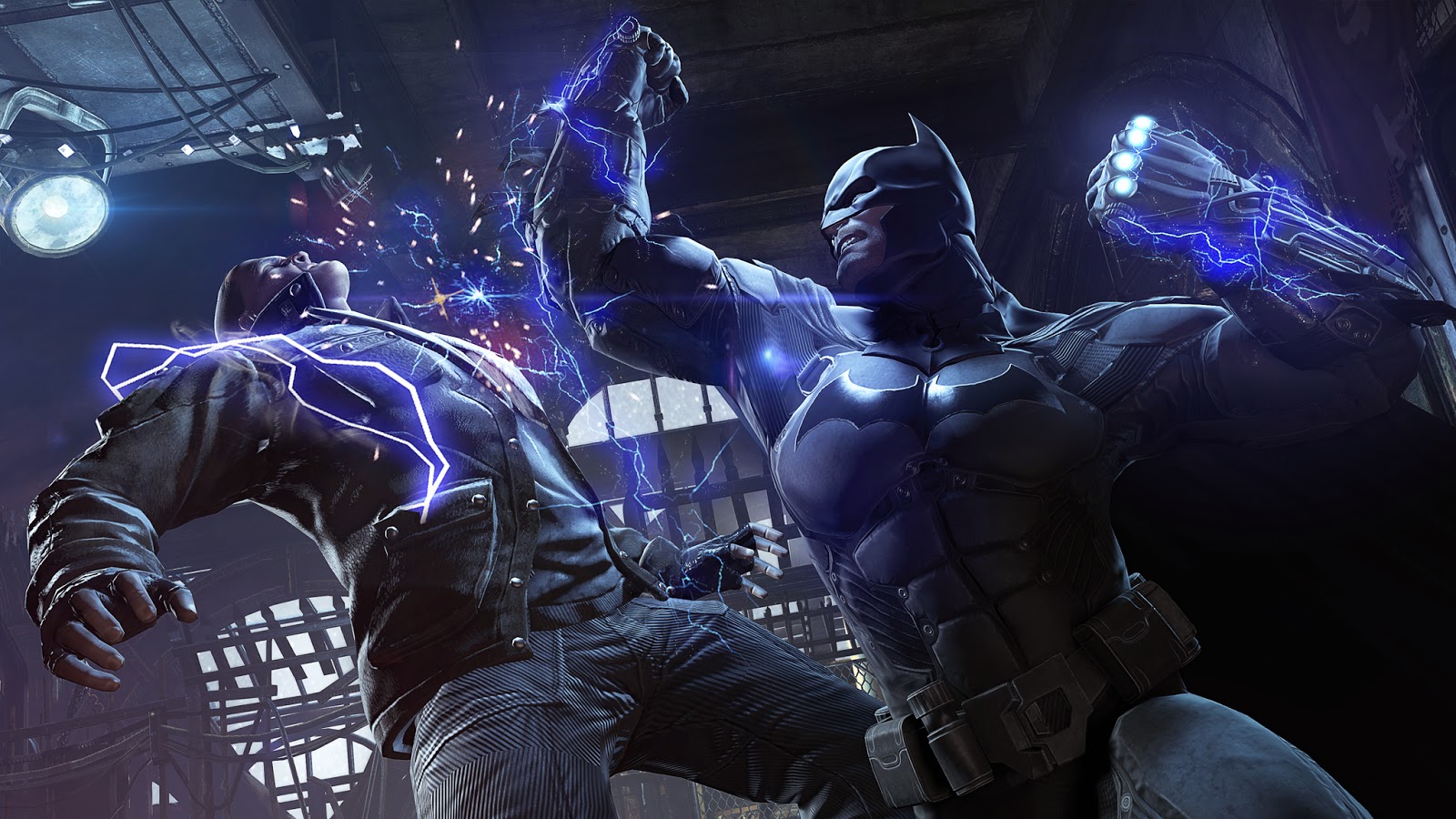 There are moments where Arkham Origins flirts with the superior, focused storytelling of the previous two games. A sequence where the Joker realises that he and Batman are two sides of the same coin (during a psychiatric evaluation by Quinn) is extremely well-handled and dips into the Joker's lunacy without going overboard. There's a running tension between Batman and Alfred about why Batman does what he does that occasionally sparks into life, and another between Gordon and his daughter. But every time the narrative threatens to come to life it soon fizzles out in another succession of fistfights and fairly straightforward puzzles.

Still, the Arkham trilogy's hallmark has always been the physical, visceral combat and that remains engaging, as do the set-pieces where Batman has to take down a room of heavily-armed enemies through stealth, setting traps and hiding in ventilation shafts. Arkham Origins's length - the game clocks in at slightly more than Arkham City's and more than twice the length of Arkham Asylum - does make this a little repetitive and wearing after a while. The Arkham formula is highly compelling, but Origins does threaten to drag it out past its sell-by date.

Where Arkham Origins really suffers is the amount of bugs that still litter the game even after multiple patches. Sometimes doors refuse to open until you reload. Sometimes villains and Batman lose the ability to fight and just wander around each other. Sometimes the ability to interrogate enemies after a fight just vanishes until you reload. Opening a door before you're supposed to can result in Batman falling into a bottomless abyss off the side of a level. Attack warnings sometimes fail to appear, and hitting the counter button at the right time has no effect. Most frustrating, during room-takedown set-pieces, the game will not give you the opportunity to swing to another ledge for several seconds rather than instantly as it should. In isolation some of these bugs can be borne, but combined they make playing the game more frustrating than it really should.

Batman: Arkham Origins (***) is the weakest game in the Arkham trilogy, although if you really enjoyed the gameplay of the first two it will suffice. It's certainly entertaining and fun to play, but is littered with more bugs than any modern AAA release should have and the writing is extremely uneven. Recommended, but just beware that what was incredibly fresh in Arkham Asylum has now become a little on the stale side. The game is available now in the UK (PC, PlayStation 3, X-Box 360, Wii U) and USA (PC, PlayStation 3, X-Box 360, Wii U).
Posted by Adam Whitehead at 13:50