Science fiction and fantasy novelist and game designer Aaron Allston sadly passed away yesterday at the age of 53. He was attending VisionCon in Springfield, Missouri. It is reported that he suffered from heart failure, possibly a result of complications he had been suffering following a heart attack in 2009. 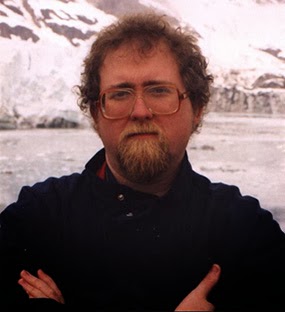 Allston started his career in the early 1980s, working on Space Gamer magazine and its spin-off, Fantasy Gamer. In 1983 he began his career as a game designer with Autoduel Champions. In the late 1980s he started writing his own novels, starting with Web of Danger (1988).

He became well-known for his work on the 2nd Edition of Advanced Dungeons and Dragons, authoring both The Complete Fighter's Handbook (1989) and the Rules Cyclopedia (1991), the former of which led to a long-running series of classic expansions to the base game. He also worked on material set in the Mystara (aka The Known World) campaign setting.

In 1998 Allston took over from Michael Stackpole as author of the X-Wing series of Star Wars novels. Allston was recommended by Stackpole and wrote five novels in the series. His work quickly became popular with Star Wars fans and he went on to write eight further novels in the setting as well. His most recent novels were Fate of the Jedi: Conviction (2011) and X-Wing: Mercy Kill (2012). Allston liked to say that he was everybody's third-favourite Star Wars author: others might alternate the top spots, but he'd always be up there in fan listings.

Condolences to his family. Allston was a good writer in the Star Wars setting and his D&D material was very strong. Looking though the list of stuff he wrote, I'm surprised how many of his sourcebooks my group used to use without realising it. He will be missed.
Posted by Adam Whitehead at 13:55

The Rules Cyclopedia is among my top RPG books in history. I'm mostly a 4e guy these days, but RC D&D is well-designed, concise, and has both elegance and balance you might not expect out of a 1991 "basic" game. There's a reason the book is in demand and fetches crazy prices online, these days.

I might have to put together an RC D&D game in Mr. Allston's honor.

I really enjoyed Doc Sidhe. I wish he had written more books set in that world.