As I'm making my way through Lois McMaster Bujold's Vorkosigan Saga, I've run afoul a few times of fact that the chronological, publication and reading orders of the series seem to all differ from one another. So I thought it might be useful to put up the differing lists here to help others planning to read the books. 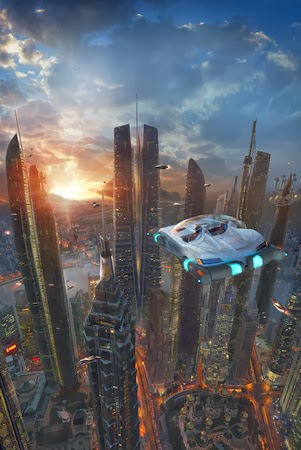 The cover art for Captain Vorpatril's Alliance, the most recent-published novel in the saga.

The chronological order is fairly straightforward, though not necessarily the best reading order (that would be omnibus order, posted below).

This is the easiest, cheapest and best-recommended way of reading the series, a couple of oddities aside. 'Labyrinth' appears twice for some reason and Falling Free (the earliest-set novel) is thrown rather randomly into the middle of the series, but beyond that it's fairly straightforward. It should be noted that Captain Vorpatril's Alliance, Cryoburn and Gentleman Jole and the Red Queen are only available as single novels at the moment, although it is assumed that at some point in the future Baen will collect them together. Memory will apparently remain a stand-alone novel due to its position as the biggest gamechanger in the series to date and the thematic awkwardness of combining it with other works.

Publication order sort-of works - it's the order that Bujold wrote the stories in, after all - but she jumps back and forth in Miles's life fairly randomly. Those who prefer a chronological progression are directed to the reading order by omnibus, but publication order works for those who prefer to read the books in - more or less (Barrayar was half-written as the continuation of Shards of Honour, abandoned for several years, and then completed) - the order the author wrote them.


Thank you for reading The Wertzone. To help me provide better content, please consider contributing to my Patreon page and other funding methods, which will also get you exclusive content before it goes live on my blogs.
Posted by Adam Whitehead at 13:21

Email ThisBlogThis!Share to TwitterShare to FacebookShare to Pinterest
Labels: lois mcmaster bujold, the vorkosigan saga, where to start

I wondered why it hadn't fallen into one of the other omnibus editions at this point. The point is well taken.

I wonder, given what happens in Cryoburn, if that won't "Standalone" too.

Or, you can do as I completely randomly did and read Barrayar first. Surprisingly, it works just fine (though it might not be ideal)

I just finished and wrote about that one on Friday, so it's fun to see you also in the middle of a series read and posting about it.

Makes me want to start a re-read immedeately:-)

I just finished re-reading all the books in this order. Thanks!

How about Gentleman Jole and the Red Queen? :o)

It wasn't out when I wrote this. But fairly straightforwardly, it follows on from Cryoburn.

Thanks for posting this sequence. Very useful!