In a world made of Lego bricks, Emmet Brickowski is an ordinary engineer. He is content with his strictly regimented life, brushing his teeth, going to work, listening to music and eating all on a set schedule. He builds things according to the instructions and has never had an original thought in his head...apart from a secret desire to build a double-decker sofa. 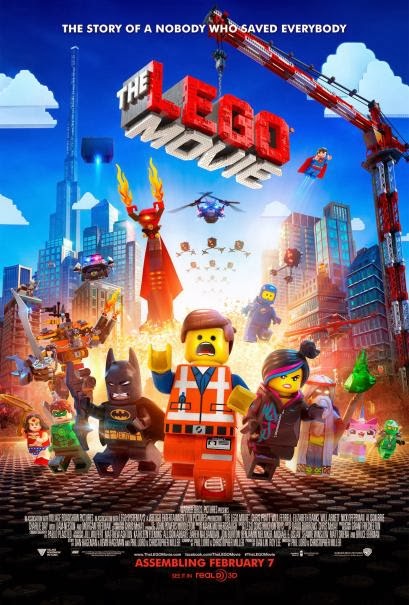 Brickowski is thus shocked to discover the Piece of Resistance, an enigmatic device that is the only thing that can stop 'The Kragle', a superweapon controlled by Lord Business. This discovery was prophesied, marking Brickowski out to be 'The Special', a hero figure. But when it becomes clear that Emmet has no imagination or ability to build things without instructions, his allies must rally round and help him achieve his destiny.


The Lego Movie is, wait for it, a movie based on Lego, the Danish construction toy which is probably the single most popular toy line ever created. Lego can be used for many things, but one of the things it lacks is a narrative, with modern Lego sets often being based on pre-existing popular franchises. Cleverly, the film takes this idea and runs with it as its central theme.

The Lego Movie is a story about the struggle between order, pre-planning and logic (exemplified by the instructions and themed Lego sets) and chaos, creative freedom and throwing things together to see what happens (exemplified by putting things together randomly to see what you get). This is a bit of a bold choice as it seems to be saying that if you're offered the choice between a £300 Star Wars-themed set which requires you to vigorously follow the instructions and a cheap, random assortment of bricks you can make anything out of, you should go for the latter every time, something Lego accountants might not be too happy with. This theme is then developed into the idea that creative freedom is better than following orthodoxy and that everyone who manages to create something interesting and make their own choices is 'special'. It's fairly straightforward and simple as themes go, but it is used and explored in unusual depth.

The film is well-characterised with some fine vocal performances. The casting is fairly geek-tastic, mixing big names (Morgan Freeman, Liam Neeson, Will Ferrell, Elizabeth Banks) and TV comedy stars (Chris Pratt from Parks and Recreation, Alison Brie from Community, Will Arnett from Arrested Development, Charlie Day from It's Always Sunny in Philadelphia). Relatively big names like Channing Tatum and, randomly, Shaquille O'Neal also make cameo appearances. The characters are a mix of newcomers, like Emmet (Pratt) and Wyldstyle (Banks), and crossover characters from Lego's vast array of licences. Batman (Arnett) is the most prominent such character, though we also get brief appearances from the likes of Superman (Tatum), Gandalf and Dumbledore. The big-name characters mostly appear for comical purposes (Dumbledore and Gandalf getting into an old wise man beard-off argument; Superman trying desperately to avoid hanging out with a fanboying Green Lantern) and a few make 'shocking', audience-pleasing surprise twist appearances, at least one of which brought the house down. The vocal performances are all accomplished and do a good job of selling the characters.

The animation is pretty good, especially as it deliberately dials back shiny CGI in favour of a more 'used' aesthetic that makes all of the Lego pieces used in the film look like they've been taken out of someone's box, mixed up and then constructed. In many places the animation looks like stop motion rather than the CGI it really is. The animation is inventive and the film-makers strike a good balance between making things fast-moving and fun and going for sensory overload. 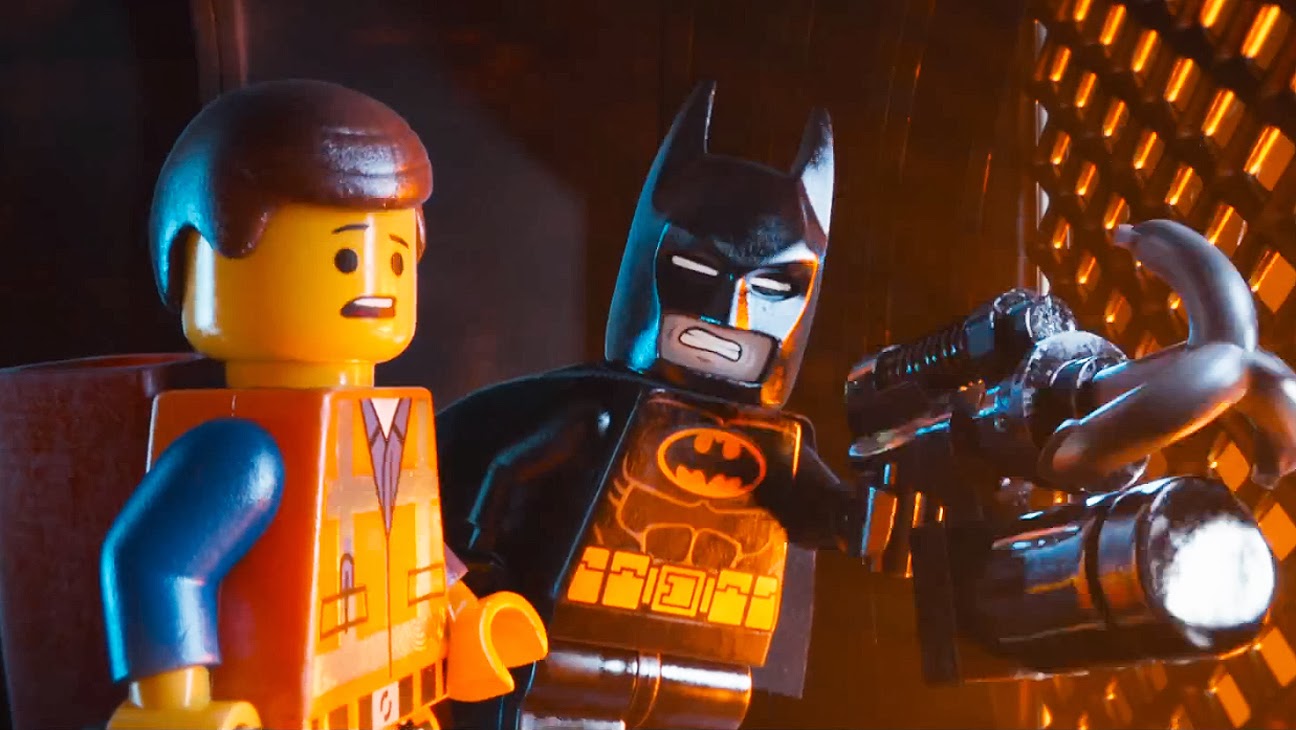 The story is also surprisingly decent, mainly because the directors are not interested in making a simple movie that follows a cliched coming of age storyline. Instead the film attempts to deconstruct the Hero's Journey by casting doubt on the whole idea of 'the chosen one' and suggesting that violence and explosions aren't the answer to everything (although, cheesily, there's still quite a lot of Lego-ified violence and brick-based explosions in the film in a good example of having your cake and eating it). Most animated kids' films these days include some sort of sop to the adult audience, whether it's risque jokes that fly over the kids' heads or amusingly ironic vocal performances, but The Lego Movie takes things a whole step further by trying to simultaneously play around with and undercut the cliches and tropes of modern CG kids' movies whilst also crafting a film that kids will enjoy.

They more or less pull this off, though there's a few moments towards the ending (including one 2001: A Space Odyssey-esque moment that I suspect will be very divisive; the kids I saw the film with seemed to hate it and couldn't wait for the film to return to its previous mode, which fortunately it does) when the movie's preoccupation with not being a predictable kid's film risks it instead flying up its own posterior. It does manage to - just about - avoid that, helped by some very funny final moments (and the last line and 'cliffhanger ending' are superb) and a resolution that is both original and spectacular.

Unfortunately, the writers' creative angst is detectable on screen and as a result the films suffers from pacing and character issues which prevent it from going toe-to-toe with, say, Pixar's big hitters (films like Up and Wall-E are far more consistent in quality and have vastly more emotional depth to them). Predictably, the film's female characters have a couple of moments in the sun and are then sidelined for the rest of the movie whilst the boys get on with resolving everything (reflecting gender issues with Lego toys in general). The film's worldbuilding is also inconsistent: at various moments the characters seem able to build anything out of anything in seconds to solve problems, but at others are utterly stumped at what to do next, despite being still presumably able to construct a jet fighter out of some rocks and a couple of street lights.

Ultimately, The Lego Movie (****) is brash, fun and tries to be more than just another commercial to sell toys. Indeed, in some respects it is wickedly subversive in doing the exact opposite of what you'd expect a toy tie-in film to do. There's also some real narrative ambition here. There's some great moments of character, some good laughs and a lot of visual invention. But the film also overreaches, and denies itself from achieving true greatness by occasionally tying itself in knots in trying to be both an entertaining kid's movie and a revisionist mickey-take of kids' movies to keep the adults awake. Certainly enjoyable and well worth watching for its ambition, The Lego Movie is on general release now.
Posted by Adam Whitehead at 17:48