The Royal Union has bound the nations of the Vispasian continent together for more than two centuries, with the ultranational police force known as the Sun Chamber being essential for enforcing peace between the kingdoms. Lucan Drakenfeld, an officer of the Sun Chamber, is recalled to his home city of Tryum by the death of his father. However, whilst setting his father's affairs in order, Drakenfeld becomes embroiled in politics and murder. There are forces in Tryum that would see it reach out and become the great empire it used to be, forces that would kill to make that happen...and other forces who would kill to ensure it doesn't. 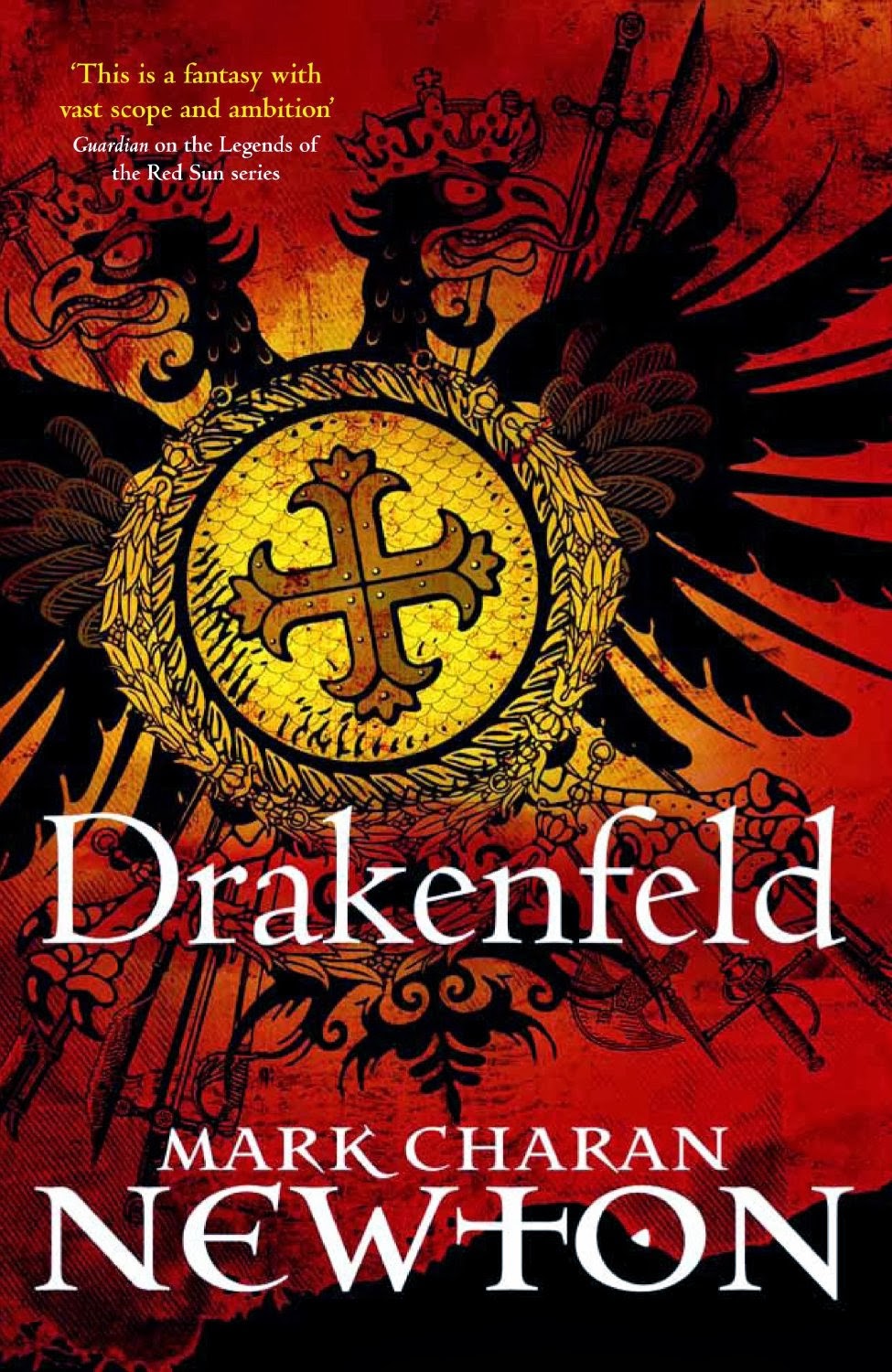 Drakenfeld is Mark Charan Newton's sixth novel and the first in a new series set in a fantasised Rome (sort of) featuring Lucan Drakenfeld as a private detective (or the equivalent thereof). Drakenfeld is an enlightened man living in unenlightened times, a man who believes in the Union but has to deal with the nationalistic forces that threaten to tear it apart.

In this novel, Newton is doing several things. First of all, he's telling a fairly compelling murder mystery. Secondly, he's using the novel to comment on the state of epic fantasy and its conservative tendencies. A large number of interesting issues come into this, such as the fear of the people of Tryum towards 'the other' (Drakenfeld's assistant is a dark-skinned woman from a far distant nation) and kneejerk nationalism overriding the wider common good. There aren't lazy correlations with real-life events, but there's certainly some food for thought going on under the fairly straightforward surface.

In terms of character, Drakenfeld makes for a likable protagonist but not the most dynamic one. Drakenfeld is a good man, trusting (but not too much), loyal, dedicated and so on. He's also a little bit boring due to his earnest reasonableness with no apparent foibles. His sidekick, Leana, and redoubtable friend, the amable-but-prejudiced Veron, are both far more interesting but the strict, first-person POV means we don't get to know them very well.

In terms of writing, Newton knows how to tell a good story and does it quite well. However, the book suffers from an abrupt shift in gears and pacing towards the end of the novel that the writing never really pulls off. Suddenly what was an intriguing, well-played murder mystery turns into a full-on epic fantasy complete with marching armies, sieges and clandestine night assaults. This shift in gears is so jarring you may drop the book, and never really makes much sense. The worldbuilding is also flawed: the superb evocation of the faux-Roman atmosphere of Tryum and its people is let down by the later revelation that the 'continent' of Vispasia is actually only marginally bigger than Italy itself (oddly, given the variety of landforms mentioned in the descriptions of the various nations) and armies can be summoned, assembled, armed, equipped and sent into battle at just a moment's notice.

This conclusion saps a lot of believability from the narrative, and I was left wishing for a novel much more focused on the murder and perhaps on the political intrigue. The military stuff fails to convince, but at least it does upset the status quo and leaves Drakenfeld in a very interest place for the sequels.

Drakenfeld (***½) is, for most of its length, a compelling murder mystery novel with some great atmosphere and writing which abruptly shifts gears in the final chapters and fails to pull it off. However, it does a great job of establishing the character of Drakenfeld and the world of the Vispasian Union and certainly leaves the reader wanting to know more about his adventures. The novel is available in the UK and USA now.
Posted by Adam Whitehead at 14:19

Hi. I have bought books based upon your excellent reviews and i have not been disappointed. I'm sure I'll probably read the above sometime soon, as it makes my night shifts flash past. May I please recommend that you read the Lost Fleet novels by Jack Campbell? I'm surprised to say it, but there's a lot about his books that are strangely prescient. Anyway, thanks for the review. Cheers! Chris.

Is this available in the US in non eBook format? I know they dropped his other series after two books because....i Don't know actually. Its Bantum so I assume they just hate things that are good.