HBO have unveiled their official poster for Season 4 of Game of Thrones. This is the poster that will predominantly be used to market the season, and will likely be the box art for the DVD and Blu-Ray releases next year as well. 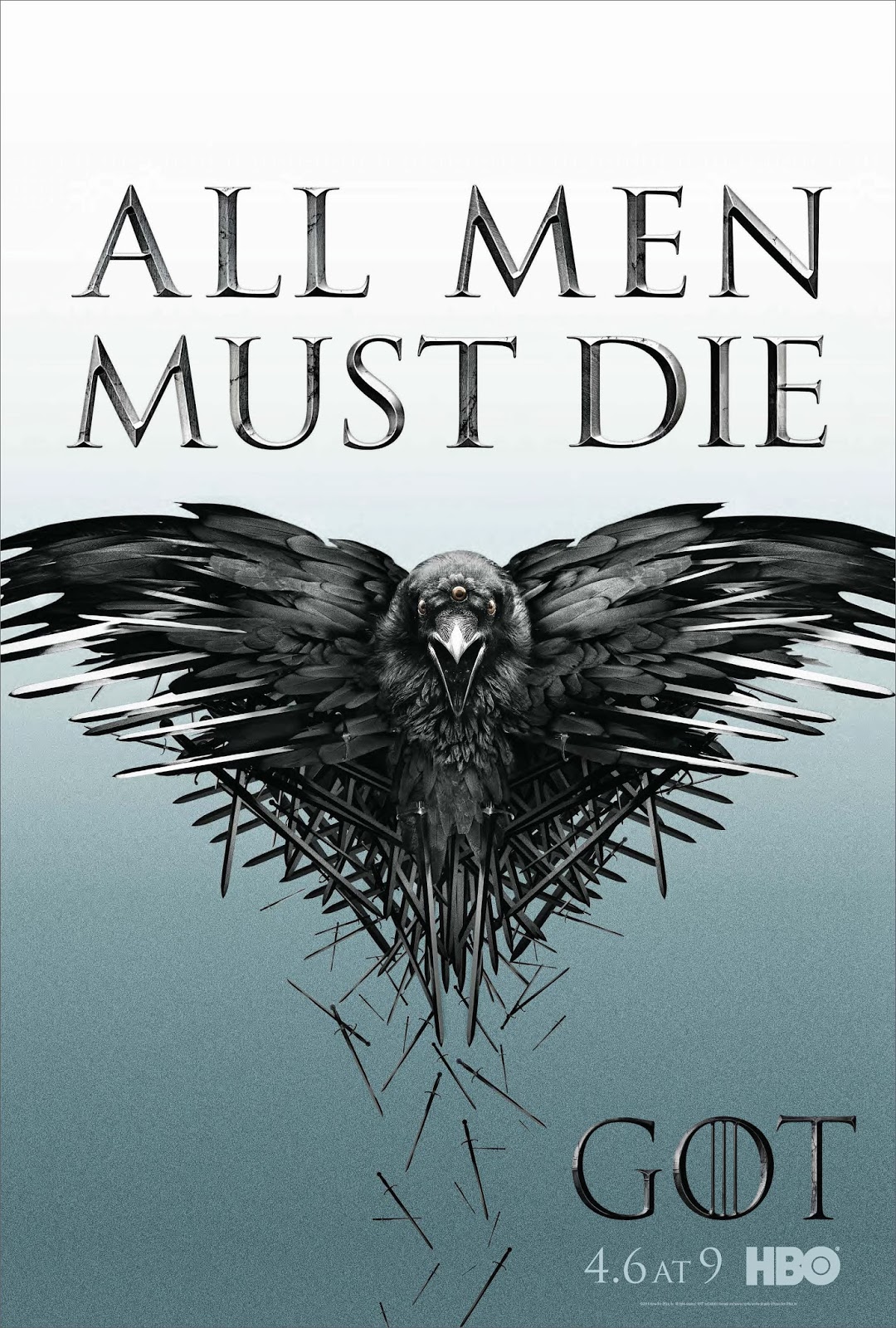 This looks like the cover to a heavy metal album and is a lot better than the rather minimalist poster they used last year.

HBO have also released eighteen character-focused posters, including the Lannister ones revealed earlier this week. These can all be seen at Winter is Coming.
Posted by Adam Whitehead at 17:46

Plus two extra ones, mostly for the Dutch market :)