Take-Two Interactive has closed down the Irrational Games studio, which it owns. Irrational are the creators of the BioShock franchise, most recently responsible for creating and releasing BioShock Infinite and its expansions. 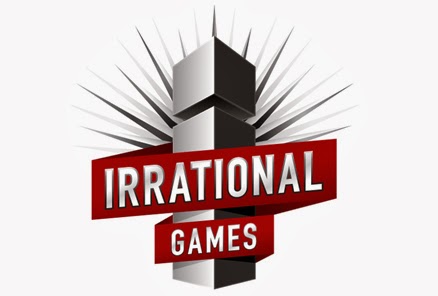 The head of Irrational, feted game designer Ken Levine, announced the move on the company's website. The move stunned both gamers and critics, as BioShock Infinite had been both a critical and apparently a commercial success upon its release a year ago. According to Levine's announcement, the move had been taken as he wished to re-focus on narrative-driven games and needed only a small team of 15 or so people to do that. This led to speculation from the press, as the move meant making 185 people jobless. Questions were raised about whether it would have been easier to Levine to simply leave Irrational and leave the team intact for other projects (such as future BioShock games, with Take-Two confirming it is interested in pursuing the franchise with new games in the future).

However, an alternative possibility is that BioShock Infinite's success was overstated. Though the game sold 3.7 million copies in its first two months on sale, that came after a development period lasting more than five years (since BioShock's release in 2007; BioShock 2 had been created by a different studio) and costing anything up to $200 million (including marketing), although that figure was later denied by Levine. In comparison, the game Skyrim from Bethesda took only about two and a half years to make, cost less than $80 million and sold 7 million copies in its first month on sale. Take-Two's biggest 2013 release, Grand Theft Auto V, has sold over 32 million copies to date and made $1 billion in just its first three days on sale. Compared to these figures (though admittedly outliers), it looks like BioShock Infinite underperformed and, given its long development time and budget, failed to turn a profit, certainly not before the end of that financial year.

Regardless, this is regrettable news. Irrational were one of several companies to splinter off from the legendary Looking Glass Studios. At Looking Glass Levine worked on a series of iconic games, including System Shock and Ultima Underworld. After leaving to found Irrational in 1997, Levine continued to work on Looking Glass titles such as System Shock 2 (a co-production with Irrational) and Thief: The Dark Project. In 2002 Irrational released their first solo game, a superhero RPG called Freedom Force, which was well-reviewed and praised for its art style and humour. A sequel, Freedom Force vs. the Third Reich, followed in 2005. Irrational also released Tribes: Vengeance in 2004 and SWAT 4 in 2005, both of which were also well-received. In 2007 Irrational released BioShock, a 'spiritual successor' to System Shock 2 which focused on narrative and political themes fused to a memorable art style and an emphasis on combat. Irrational passed on making the 'quickie' sequel, BioShock 2 (instead released by 2K Marin, themselves rendered defunct last year by Take-Two), to focus on a more ambitious project, BioShock Infinite. This game was repeatedly delayed and was not released until early 2013.

Irrational focused on narrative and story-driven games with strong, recognisable characters and offbeat atmospheres not quite like anything else out there. Their loss from the gaming world is regrettable.
Posted by Adam Whitehead at 17:26

There goes my hopes for a new Freedom Force game. Honestly, I'm as shock as anyone that Irrational was closed but I can understand why Ken Levine closed the studio. It's his baby and if he's not comfortable letting someone else run it, it's his decision. After all, it's his.

Each day new widows howl, new orphans cry, and new sorrows slap heaven in the face, until it sounds like heaven itself feels Scotland’s anguish and screams in pain.