In somewhat surprising news, Netflix has confirmed that it is expanding its Altered Carbon commitment with a spin-off anime show. 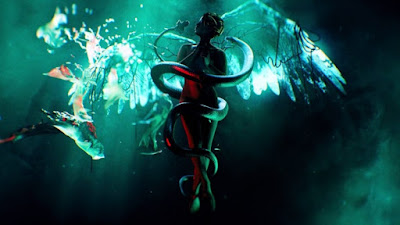 To be written by Cowboy Bebop writer Dai Sato, the anime will take place in the same universe as the live-action TV series (the second season of which is currently in production), based on Richard Morgan's Takeshi Kovacs series of novels, and will expand on the universe and mythology of the setting.

A Pacific Rim anime is also in development at Netflix.

The news is part of a wider engagement by Netflix with Asian television, producing both original live-action series and anime for the network. Netflix is reaching saturation point in the American market and in order to continue growing, it will need to pick up more subscribers in Asia, Europe and elsewhere.

Altered Carbon's second season is expected to air before the end of 2019. The air date for the animated series is unknown.
Posted by Adam Whitehead at 18:17