The acclaimed novelist and screenwriter William Goldman has passed away at the age of 87. 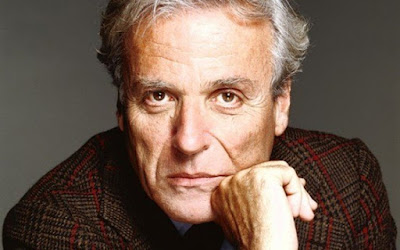 Born in Chicago in 1931, Goldman joined the army after graduation and worked as a clerk in the Pentagon until 1954. He wrote short stories as a young man but was constantly rejected. He experienced doubts over his writing ability until he spent time living and working with his brother James, a playwright, and their composer friend John Kander. His confidence restored, Goldman wrote his first novel, The Temple of Gold, in less then three weeks. It was published in 1957.

Goldman began working in Hollywood in 1964, when he was asked to adapt Daniel Keyes' classic science fiction novel Flowers for Algernon into a movie. The film was eventually made as Charly (1968), although Goldman's script was ultimately rejected and replaced. In the meantime Goldman wrote the film Harper (1966), starring Paul Newman, which was a big hit and made his reputation.

Goldman had been fascinated by the true-life story of Butch Cassidy and the Sundance Kid for years, but had resisted turning the story into a novel, feeling it would take a huge amount of research. He wrote the screenplay for a film version instead, selling it in 1968 for $400,000, a then record-breaking amount of money. The resulting film, released in 1969 starring Paul Newman and Robert Redford, was both a critical and commercial smash.

Goldman continued to work in both novels and film. Arguably his best-known novel, the gently comic fantasy The Princess Bride, was published in 1973. He followed this up with the thrillers Marathon Man (1974) and Magic (1976). Marathon Man and Magic were made into films with Goldman penning the screenplays, released in 1976 and 1978 respectively. He also wrote the scripts for The Stepford Wives (1975) and A Bridge Too Far (1977).

In 1974 Goldman was asked by Robert Redford to write a movie script based on the Watergate scandal, drawing on the book All the President's Men by Carl Bernstein and Bob Woodward. Goldman agreed, but ran into problems with the real-life journalists involved: Woodward enjoyed helping him research the project, but Bernstein was uninterested in the project and was unhelpful. Once the script was completed, Woodward decided it wasn't good enough and even tried writing his own material (ironically, after complaining about the artifice of dramatising the real events, the only Woodward material that made it into the movie was a scene the journalist completely made up). Goldman wrote further drafts which were eventually filmed, but loathed the experience and later said he'd have happily never taken on the project if he'd known how torturous it was, despite the movie's blanket critical and commercial acclaim on its release in 1976.

Goldman cooled slightly on Hollywood, focusing on novels and non-fiction. His 1983 Hollywood memoir, Adventures in the Screen Trade, included his most famous quote about making movies: "Nobody knows anything." After writing several more novels, he was drawn back to Hollywood. His script for The Princess Bride (1987) was well-received, with the movie becoming a beloved classic. Director Rob Reiner asked Goldman to write the script for Misery (1990), an adaptation of a Stephen King short story which was a huge success as well.

Goldman continued to write non-fiction and speak widely about his career and life, as well as attending games for his beloved New York Knicks (holding a season ticket for all their games for over forty years) until recently. His passing was down to complications from colon cancer and pneumonia.

Goldman's career was remarkable, taking in both accomplished novels and screenplays in a wide variety of genres, including science fiction, fantasy, historical, thrillers, war stories and political dramas. His hit rate was astonishingly high: All the President's Men, Butch Cassidy and the Sundance Kid, The Princess Bride and Misery are simply among the greatest Hollywood movies ever made, and Chaplin, The Stepford Wives, Marathon Man and A Bridge Too Far are also all excellent. The quality and consistency of his work may stand unmatched by any other Hollywood scriptwriter. His insights into writing and his constantly self-deprecating whit (describing his Butch & Sundance script and Princess Bride manuscript are being the only two things he'd ever written that didn't make him cringe with embarrassment) also made him an useful guide to the insanity of Hollywood film-making. He will be missed.
Posted by Adam Whitehead at 23:14

Thanks for this excellent article.
I've seen quite a few of the movies mentioned without knowing that Goldman wrote the scripts.
My immediate association when I hear his name is The Princess Bride. That novel alone would have made him remembered for many generations, I suppose.

Small correction: King's Misery is a full-fledged novel, not a short story. An amazing one at that!