Get COMPANY OF HEROES 2 free until tomorrow

Relic are giving away their 2013 real-time strategy game Company of Heroes 2 free for the rest of the weekend. 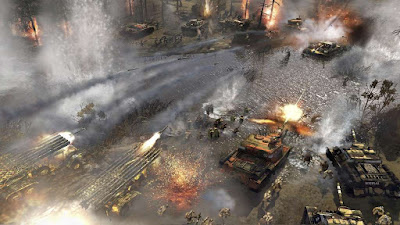 Relic have also bundled Company of Heroes 2's numerous expansions and DLC into a single bundle for less than £5, including the very large, game-sized Ardennes Assault expanson which adds a persistent campaign map mode.

You can get Company of Heroes 2 here and the DLC here.
Posted by Adam Whitehead at 13:16