Filming has been completed on Season 1 of His Dark Materials, the BBC/New Line co-production based on Philip Pullman's novels of the same name. 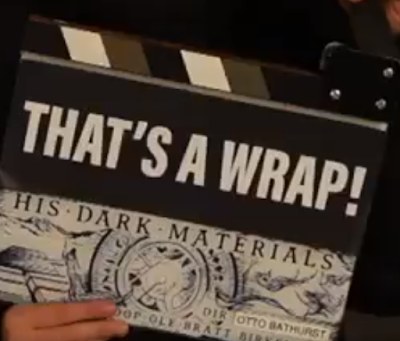 The new TV series, planned to span five eight-episode seasons, will adapt the three books of the trilogy (Northern Lights, The Subtle Knife and The Amber Spyglass) in full. It is the second attempted adaptation of the series, following on from the 2007 movie The Golden Compass. This new series is a total reboot with no relation to the movie version.

A second season has already been greenlit and will now enter pre-production. Season 1 will undergo a heavy period of post-production and will air on BBC-1 in the UK and HBO in the United States, most likely in the summer or autumn of 2019.

I'm more excited for news about The Book of Dust: Volume 2.

It'll be interesting to see how faithful they are to the books when they get to book 2 and 3. Book 3 in particular has had some pretty massive backlash against it due to how it shows religion, and is it book 2 that has the scene with Lyra and the boy I can't remember the name of?