AD 878. The Saxon kingdom of Wessex has won a tremendous victory at Ethandun. King Alfred has emerged as the pre-eminent Saxon ruler, forcing the Danes to a negotiated settlement which has resulted in the creation of the Danelaw, an area for Danish settlement along the east coast of Britain. However, Alfred's new Mercian allies are unhappy with the territory given away in this treaty. Alfred, who is driven by the vision of a united, Christian England, sends his sworn sword Uhtred to Northumbria to help liberate Guthred, a strong claimant to the throne of that kingdom. But Uhtred has his eye on his ancestral seat of Bebbanburg and, when his sworn foes Kjartan and Sven One-Eye learn that Uhtred has returned, they plot his downfall. Destiny is all. 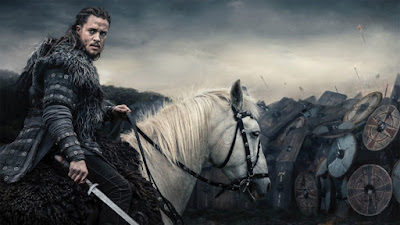 The first season of The Last Kingdom was a pleasant surprise when it aired in late 2015. Adapted from the first two novels in Bernard Cornwell's Saxon series of novels, it was well-written and well-acted, with a superb cast and production values despite a relatively low budget (especially compared to its main competition in the swords-and-chainmail genre, Game of Thrones). By the end of the season it had become gripping viewing.

The good news is that the second season continues in this vein and improves upon it. The series opens with a distinct swagger in its step, the writers, crew and cast firing on all cylinders. The show's structure, where it adapts two books per season, means it only has four hours to adapt one of Cornwell's novels, each one of which is jam-packed with characters, politics and plot. As a result the TV show is fast-moving and often exhausting, with one episode often featuring more twists, turns, betrayals and character evolution than an entire season of other series. 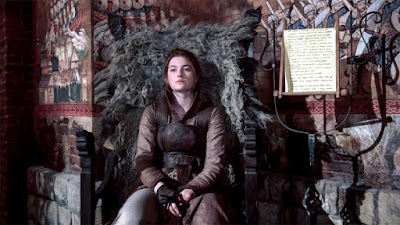 The theme of the second season is homecoming: Uhtred thinks that everything he needs is in the north, causing him to contemplate abandoning Alfred's cause, but by mid-season he realises that his life is divided between different families and loyalties: to his ancestral homeland and the memory of his dead father; to his slain Danish family; to his adopted Danish brother; to his friends and allies in Wessex who have accepted him when no-one else has; and to the Danish culture, which he regards as freer and less restrictive than the sometimes stifling, Christian atmosphere in Wessex...but also far more dangerous.

Seeing Uhtred navigate these waters and conflicted loyalties is always gripping: after a solid first season, Alexander Dreymon becomes much stronger this year. He is particularly outstanding in the third episode, when Uhtred finds himself on board a slave ship and has to endure a particularly gruelling ordeal as a captive. Particularly impressive is how every cliche in the genre is presented here (the possibility of a manly, heroic escape which is extremely unrealistic) and then shot down in flames. Both Uhtred in captivity and his subsequent recovery, haunted by symptoms of PTSD, are extremely well-handled by writers and cast. 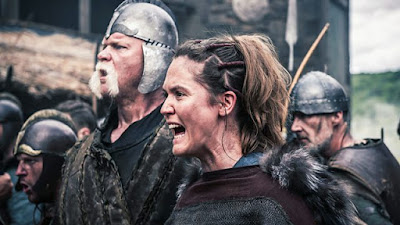 The second half of the season brings the simmering conflict between Uhtred and Alfred to a head. This is frustrating as Alfred is a good king, but a questionable judge of character and his constant suspicions of Uhtred based solely on his refusal to accept the Christian religion (despite saving Alfred's skin and that of his family, allies and kingdom multiple times) gets frustrating for both viewer and Uhtred. The latter half of the season, which sees the newly-cemented Wessex/Mercian alliance struggling against the Danish raiders Siegfried and Eric for control of London, is excellent in depicting these conflicted loyalties with many of the characters drawn into the maelstrom of political deceit and tortured families. Eliza Butterworth, Simon Kunz and Harry McEntire do particularly good work in this storyline. Most outstanding is Millie Brady as Alfred's daughter Æthelflæd, the future warrior-queen of Mercia, who plays the character with both steel and grace.

The season overall is excellent and was on course for five stars, but does lose out a little in the last few episodes. Æthelflæd's character development feels a bit haphazard (setting her up as a warrior, trained by Alfred's master-at-arms, only to have her martial skills vanish for several episodes in a role) and she is reduced to a fair maiden needing rescuing, which feels restrictive. Her romance with the Danish warrior Eric also feels unconvincing, although that may be a side-effect of what remains The Last Kingdom's biggest problem: its difficulty in depicting the passing of time. Years pass between half-seasons and months may pass between episodes, but this is rarely made clear in the narrative drive of the show (which at one point just gives up and puts "THREE YEARS LATER" on screen). The events in the finale also feel a little too melodramatic and convenient, but after a rough season for Uhtred we can perhaps forgive a bit of a self-indulgent ending.

The second season of The Last Kingdom (****½) improves on the first in acting, direction, visual effects, pacing and storytelling, but lets itself down a little towards the end of the season with some odd writing decisions. However, it can't dent the quality of what may be the best sword-wielding show on the air right now (with both Game of Thrones and Vikings in qualitative decline). It is available now on Netflix.
Posted by Adam Whitehead at 19:58

Season 3 is up on Netflix now, too. Good stuff!

So right about the passage of time stuff. I've just finished watching Season 3 and there are characters who travel the length of England and back again, several times, and there's no real indication of any time passing.

Then it mentions that one character who is at least 16-17 years old was a baby in the first season but nobody except Alfred seems to have aged at all.