Today we lost two great actors who had iconic SF&F roles in their careers. 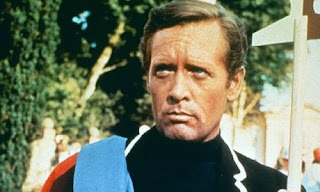 Patrick McGoohan is best-known for his portrayal of 'Number Six' in the iconic 1960s TV series The Prisoner, which he also wrote and produced. The series was supposed to be a mystery about a former secret agent forcibly 'retired' to a facility called 'The Village', but soon became steeped in metaphor and confusing artistic imagery. The final episode is still hailed as one of the most surreal hours of television ever. A remake of the series featuring James Caviezel and Ian McKellan will air later this year. In addition to this he had many additional popular roles, such as that of secret agent John Drake in Danger Man (sometimes believed to be the same character from The Prisoner, but never confirmed). He had a late-career resurgence following a memorable performance as King Edward the Longshanks in the 1995 Mel Gibson movie Braveheart. He passed away today at the age of 80. 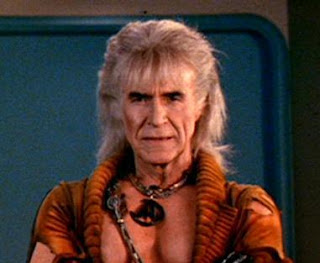 Mexican actor Ricardo Montalban had an long and successful career beginning in 1943 and continuing up until his death. Despite an immense and varied filmography featuring such notable roles as the villain in the first Naked Gun movie and the memorable Mr. Roarke on Fantasy Island, he will forever be linked to the role of Khan Noonian Singh, Captain James T. Kirk's greatest nemesis in Star Trek. He originally played the role in the first season episode Space Seed in 1966, before reprising it memorably for the 1982 movie Star Trek II: The Wrath of Khan. He passed away today at the age of 88.

Both were excellent actors who achieved both popular and cult acclaim with their iconic SF roles. Both will be sorely missed.
Posted by Adam Whitehead at 23:41