George RR Martin attended FinnCon in Helsinki over the weekend and inevitably discussion turned to A Dance with Dragons, the much-delayed fifth volume in the Song of Ice and Fire series. GRRM did dispatch a positive blog post before departing in which he envisaged completion as not being too far off, and seems to have maintained that optimism during the trip. 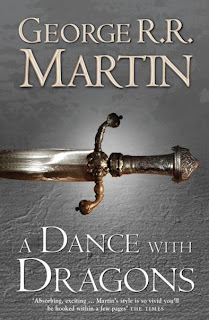 According to several interviews and comments at the con, GRRM envisages completion by the end of the year (admittedly something we've heard before), maybe even as soon as October (which we haven't). The October date would actually work out pretty well, as it would coincide with GRRM's visit to Ireland to check up on production of the TV pilot and would allow for UK publication in spring 2010, in the US maybe a month or two later. Whether he makes it or not remains to be seen, as with the book already way over-schedule taking anything for granted would not be a good idea.

More interesting is the fact that GRRM envisages The Winds of Winter and A Dream of Spring taking three years apiece, which is fairly optimistic. Is this achievable? Well, of the five books in the series only one, A Storm of Swords, has taken less than three years to write, with A Clash of Kings hovering around the three years mark, and the other three as longer. So I have to say that this is not an encouraging batting average. At the same time, as the series draws to a conclusion the number of chapters needed to complete the story dramatically reduces as POV characters converge on the same locations and the story builds to a dramatic finale. Even if the final two books require as many pages as the others to tell, in terms of narrative complexity they should be much more linear and easier to write. Also at the convention, GRRM cited the broad span of the series in A Feast for Crows and ADWD, the fact that the story is at its broadest and most spread-out, as the primary cause of the delay on those books. With the story getting more focused and narrowed down, things should flow more easily.

On external matters, there is also the issue of the HBO series providing a fresh impetus to conclude the series in a timely fashion. If Season 1 airs in early 2011 and Season 2 in late 2012, that means they'll reach Season 5 (the adaption of The Winds of Winter, assuming that Books 4 and 5 are compressed into one season as is possible) in early 2017 and the final book in late 2018. That gives GRRM eight years (or four years apiece) to finish the last two books or risk being overtaken and having the finale to the series appearing on-screen before it does in print, which would be disappointing. The fact that a multi-million-dollar production involving hundreds of people is coming steaming down the track will no doubt provide impetus to ensure the tracks are laid in time ;-)

As is always the case, we will have to wait and see. Whatever else happens, thanks to Warriors at least, we know we will at least be reading some new SoIaF material in 2010. 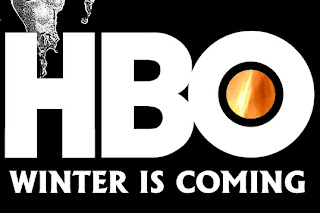 Meanwhile, on the subject of the TV series, there hasn't been much movement recently. Casting seems to have been delayed by the difficulty's in finding child actors who can pull off roles such as Bran, Arya and Sansa, which are going to be extremely challenging. There have been hints that some of the adult roles have now been cast, but announcements may still be a little while in coming. The date for filming seems to remain set for mid-October this year.

UPDATE: GRRM attended a book-signing and Q&A session in Talinn, Estonia and reiterated his positive stance on ADWD. In particular, he pinned his anticipated completion time for the book down to late September/early October 2009 and said if he can hit that date, the book will be released in February 2010 in the UK and a few months later in the USA. He also said that the other filming location for the TV series other than Northern Ireland will be Tunisia.

UPDATE 2: GRRM also wants it made clear that he's expressing a hope when he'll finish the book, as all previous dates have been. Nothing is set in stone, and the date given is not a hard and fast deadline. The secondary filming location for the TV series apparently is still Morocco as well, the Tunisia thing was a misunderstanding.
Posted by Adam Whitehead at 20:35

Email ThisBlogThis!Share to TwitterShare to FacebookShare to Pinterest
Labels: a dance with dragons, a game of thrones (TV series), a song of ice and fire, george r.r. martin

This article was very depressing to me. I started reading A Game of Thrones back in 1999 when I was 19 and if your guess is correct I will be reading the final volume when I am 38!!! And that is assuming all the stars align and he pulls it off. Ever since ASoS was released it has been very frustrating waiting on this series and now I look back on the first three books with nostalgia. The problem is all the new books, including AFoC, seem like they are part of a new series and just don't jive with my fond memories of the first three books. Here's hoping GRRM returns to form with ADoD.

Thanks for this summary Adam, somewhat heartening, somewhat depressing, and on the whole fairly realistic-sounding.

I think you mean 'adaptation' rather than 'adaption' though...

Hmm. According to Websters, Adaption and Adaptation are pretty much interchangeable. I just prefer the shorter word ;-)

Adam,thank you for the summary.
I wasn't really disappointed. My hope is that GRRM finishes the remaining books as long as he is able to write. And I don't mean that cynical.
@ Jeff, I will be 59 when I will be reading the final volume....