Bernard Cornwell's SAXON novels to be adapted for the screen

The BBC has announced it is filming a (relatively) big-budget, eight-episode TV series based on historical novelist Bernard Cornwell's Saxon series of novels. 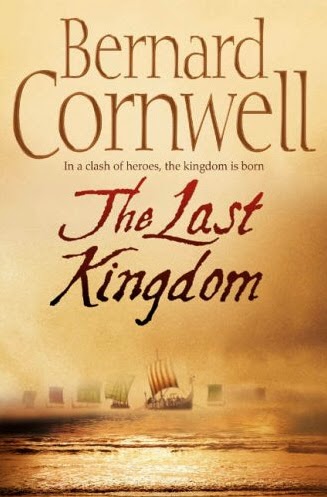 Cornwell's series begins in 866 AD and chronicles the life story of Uhtred, a young Saxon who is kidnapped during a Danish raid and raised amongst them. He later returns to England and becomes acquainted with major historical figures of the period, most notably King Alfred the Great. There have been seven books in the series to date: The Last Kingdom (2004), The Pale Horsemen (2005), The Lords of the North (2006), Sword Song (2007), The Burning Land (2009), Death of Kings (2011) and The Pagan Lord (2013). An eighth novel, The Empty Throne, is published this October.

The BBC TV series will be called The Last Kingdom and will adapt the first few novels in the series, although how many is unclear. Cornwell's work has been adapted for television before, with no less than 16 TV movies being made of Sharpe, Cornwell's hero of the Napoleonic Wars (played by Sean Bean, who became a major star as a result).

Bernard Cornwell is a reliably entertaining author and, although this is his not his best work (his 'realistic' trilogy about Arthur, The Warlord Chronicles, takes that honour), it's still a hugely entertaining work of historical fiction. However, it is questionable if the BBC has the budget to do the series justice. It's previous 'big-budget' historical drama, The White Queen, was both tepid and fairly cheap-looking. Hopefully, with superior source material, they can do better this time around.
Posted by Adam Whitehead at 20:45

These are fairly good books (although if you've read a lot of Cornwall, they'll be very predictable). Cornwall does, however, let his anti-Christian bigotry get the better of him in this series. If he treated Jews or Muslims the same way he treats his Christian characters Cornwall would be a pariah in publishing.