For many young Star Wars fans, the most iconic moments from the original movie trilogy were the dogfights between the Rebel Alliance's X-Wings and the Galactic Empire's TIE Fighters. As the massive sales of the later X-Wing computer games show, the fighters have remained hugely popular. 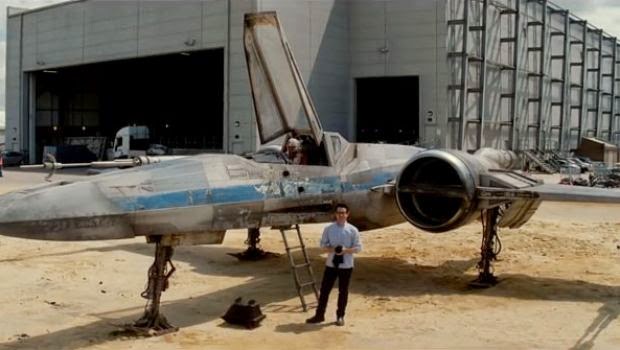 In a video today, director J.J. Abrams revealed the design of a new generation of X-Wing fighter. Coming from a generation (or two) further on from the originals, these X-Wings are sleeker and appear to split their wings on a vertical axis rather than horizontal (with the wings appearing to pop up from behind one another, a bit like some of the prequel trilogy proto-X-Wings). There's also no sign of a housing for an astromech droid, suggesting they are no longer needed or are stored internally, which, as R2-D2 can attest from the end of Episode IV, makes a hell of a lot more sense. 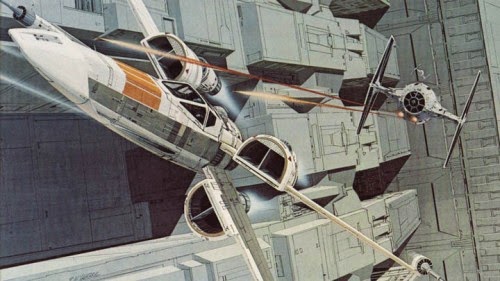 These new X-Wings appear to also be a homage to Ralph McQuarrie's amazing concept art for the original films. One of McQuarrie's ideas was that the X-Wings would have two large engines which would split, rather than four smaller ones that would not.

There's also something of a design similarity to the Z-95 Headhunter, a predecessor design to the X-Wing developed for the Expanded Universe which enjoyed great fan popularity before appearing in The Clone Wars (and thus becoming canon even for the new Star Wars continuity).
Posted by Adam Whitehead at 19:53