Sarah Manning and her 'sisters', Cosima and Alison, find their loyalties divided when Sarah's daughter Kira disappears. Sarah believes that the Dyad Institute, which Cosima works for, is responsible, whilst it appears that a group of fanatics known as the Proletheans may also be trying to hurt Sarah and her newfound family. Secrets from thirty years ago re-emerge as all the factions involved in this struggle try to find the secret to flawless genetic engineering, no matter the cost. 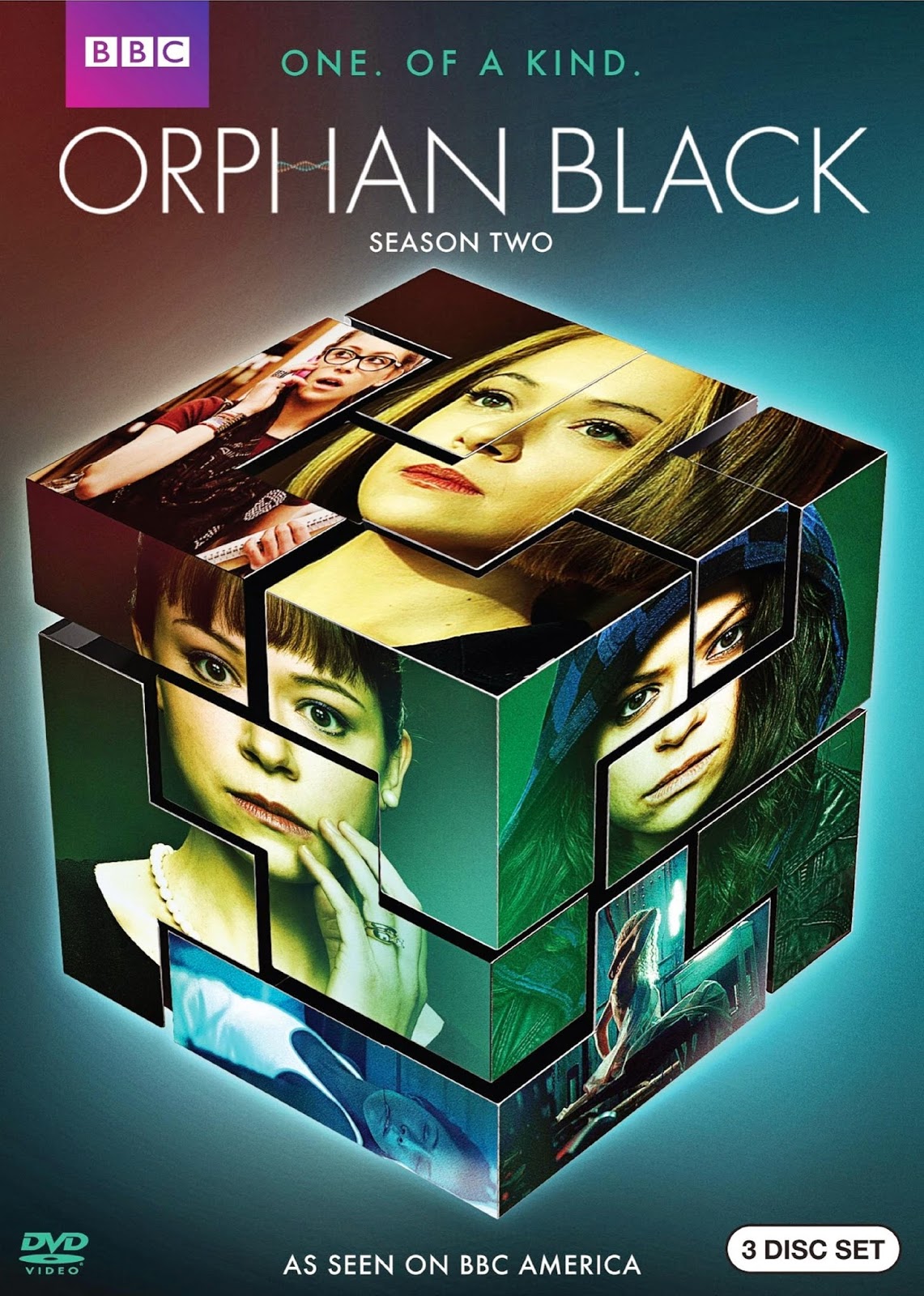 Orphan Black's first season was the undoubted SF TV highlight of 2013, with Tatiana Maslany turning in a powerhouse performance as multiple versions of the same character. Some clever writing and strong supporting turns, not to mention pitch-perfect pacing, made the show even better. This second season has a lot to live up to.

For the most part, it works. The pacing remains strong and the writers do an excellent job of answering past mysteries whilst making new revelations and setting up fresh puzzles. They also resist the urge to play "Clone of the Week", instead restricting themselves to exploring the character of Rachel (introduced at the end of Season 1) and briefly touching on the lives of two other clones (one solely, but still heartbreakingly, through video diaries). Other characters like Dr. Leekie, Alison's troubled husband Donnie and the ever-more-formidable Mrs. S are fleshed out further and there's some strong newcomers in the form of Michael Huisman as Cal (impressing more than his recent, underwritten appearance on Game of Thrones, it has to be said), Michelle Forbes as Marion and Ari Millen as Mark Rollins. There's still a rich vein of humour, particularly in Alison and Felix's stories, as well as tenderness. The romance between Cosima and Delphine is particularly well-handled.

Elsewhere, the show can't quite match the first season's near-effortless-seeming grace. Some characters get lost in the mix for long periods, with Art and Paul not getting very much to do. One character's return from the dead is highly unconvincing, although it does eventually lead to some of the best scenes in the series to date. The series also flirts with M. Night Shyamalanisms with the Village-esque scenes at the Prolethean farm going on for a bit too long. Also, the threat of Kira constantly being kidnapped gets old quickly and starts to get a bit too reminiscent of Hera in Battlestar Galactica. There's also a feeling that Vic gets parachuted into the show again when he doesn't really have much of a reason for being there beyond fan service, but given that his story is pretty funny we can forgive that.

If its second season is a little bit more inconsistent than the first, Orphan Black (****½) still remains the best SFF show on television thanks to its clever writing, dark humour (including the most wince-inducing death scene I've ever seen in anything) and its outrageously good performances, particularly from its leading lady. Roll on Season 3. Season 2 of Orphan Black will be released on DVD and Blu-Ray in the USA next week, and in the UK later in the year.
Posted by Adam Whitehead at 17:27

To much police stuff in season one, season 2 is better. The biggest flow for me is dr. Leekie story line that makes little sense, and also a bearded woman for one single episode (why!?)

Really? I though season 1 was far better than season 2. It's still good but it's not great like the first season. To each his own I guess.