Remastered version of GRIM FANDANGO on the way

Tim Schafer and his video game production company, Double Fine Studios, have acquired the rights to his 1998 classic adventure game Grim Fandango and are working on a remastered version for release later this year. 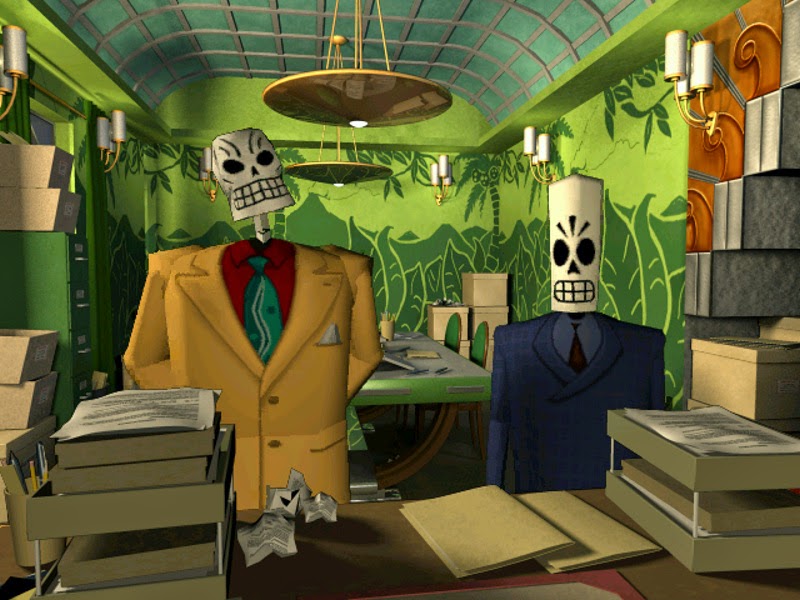 Schafer developed Grim Fandango for LucasArts and the game received near-unanimous critical acclaim upon release. However, its sales were disappointing and contributed to LucasArts's decision to terminate development of adventure games a year or so later. The recently-released, remastered versions of the first two Monkey Island games (which Schafer also worked on) were a success, likely prompting this move. The remastered version of Grim Fandango will be released later this year on PlayStation 3, PlayStation 4, Macintosh and PC (both Windows 7/8 and Linux).

This is excellent news. I didn't get around to playing Grim Fandango on release, but I'm looking forwards to giving this new version a try.
Posted by Adam Whitehead at 13:55