Check out the French DISCWORLD covers

French publishers have been producing some superior cover art for SFF works recently, and their Marc Simonetti covers for Terry Pratchett's Discworld books are something else.


Simonetti is best-known in the US and UK for his work on George R.R. Martin's A Song of Ice and Fire books, producing the definitive image of the Iron Throne (as depicted in the books) for the forthcoming World of Ice and Fire. However, his Discworld art is also overwhelmingly impressive. 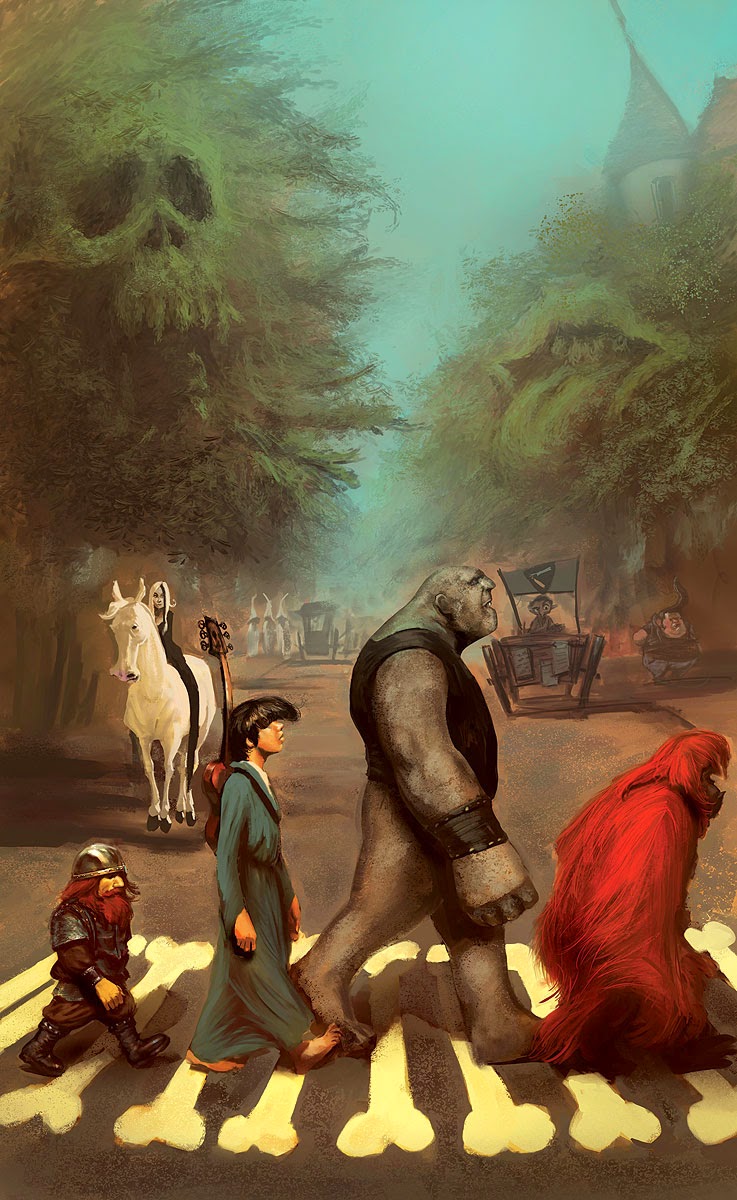 You can see all of the pictures he's produced so far on Simonetti's website here. There really should be a campaign to get Simonetti's artwork on the UK and US editions of the books as well.
Posted by Adam Whitehead at 13:32

There are only 4 days left on the campaign, but there is a coffee table book of Simonetti's art being produced, and you can get signed books and signed prints. You can find the campaign here.

Just had a look at the link. Your praise is not exaggerated, These Images are amazing!

Thanks for bringing this to my attention!

Wow, those are just astonishing.

Maskerade, Night Watch and Monstrous Regiment come out as favourites as well.

Could do with less Escher Girls and without the yellowface Twoflower.