Following recent casting and production news on The Expanse TV series, co-writer of the novels (as one half of James S.A. Corey) Daniel Abraham has spoken about the general status of the project and how it is unfolding, including how they've got some top ex-Breaking Bad talent on board. 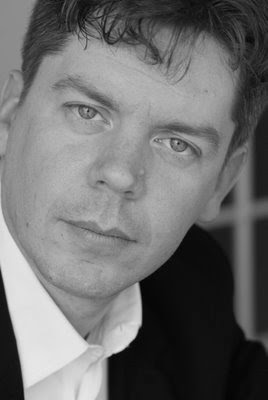 The role of Detective Miller is going to be played by Thomas Jane. Who, if you don’t know him, was designed in a government lab for the role. Seriously. He’d done The Punisher and Scott Pilgrim Vs The World and Stephen King’s The Mist and Dreamcatcher. The man knows his genre chops. And he’s also been in Boogie Nights and Magnolia and The Thin Red Line. And Hung, where he got the three Golden Globe nominations. He can play tough, he can play vulnerable, and most of all he can play someone who’s well-bruised by the world. There was a while there I was afraid we weren’t going to get him, but ever since we have, I’ve been tracking down clips of his performances and feeling like I just found a Banksy print in my alley. It’s that level of cool.

And then there’s the director. I was unaware coming in of how important the first director is in a new show like this. Turns out, sort of critical, because whatever they do, however they approach the show, it pretty much sets the tone for everyone who comes after. We already had a fair amount of Breaking Bad in our project’s DNA because we were working with Sharon Hall who developed it back when she was at Sony.

So now we have more.

Terry McDonough did several episodes of Breaking Bad, including the one called Better Call Saul which was for my money one of the best hours of one of the best shows in my lifetime. I didn’t know it, but I’d actually seen his work the first time years ago in a show called Wire in the Blood that I still remember. He’s won the BAFTA and Royal Television Society (UK) Awards. When they were talking to him about our show, he was actually in my hometown working with the folks on Better Call Saul. If you’re looking for someone who can take the project and see complex characters in serious conflicts, this is kind of your guy. He’s not one of the people who looks down on SF. He directed Brian Cox in Doctor Who: An Adventure in Time and Space and just got a Hugo nomination for it. He directed Patrick Stewart in The Eleventh Hour. Between his instincts for nuance and humanity and his track record for making character-centered, award-winning television, he’s a brilliant fit.

In addition to Mark and Hawk – who, I would like to say for the record, have some of the best instincts for story I’ve seen anywhere – Naren Shankar has come on board to help out. That might not be a name you know, but he worked as one flavor or another of producer on CSI from 2002 to 2010 while that show was not only one of the best rated but possibly the most visually stylish things on network TV. He’s worked on Star Trek and Farscape and The Outer Limits. And we have other writers who’ve come from shows like Mad Men (seriously, one of our writers has Emmy nominations from Mad Men), and The Killing and Burn Notice.

It's worth reading the full report here, including on how Weta Digital will be providing the effects for the series,


The Expanse's first, ten-episode season will be mostly based on Leviathan Wakes, the first novel in the series. More news will be revealed soon.
Posted by Adam Whitehead at 19:18

There hasn't been a great space SF TV show for so long, but now I am genuinely getting excited. Maybe The Expanse can do for science fiction what Game of Thrones has done for fantasy.