Ten reasons you should be playing DIVINITY: ORIGINAL SIN

Divinity: Original Sin has been picking up some excellent reviews and I'm about ten hours into my own playthrough. Given time constraints and the sheer mind-boggling size of the game (almost all of those ten hours have been spent on the opening town map alone), it may be some days weeks months before I can do a detailed review. So in the meantime, here's why I think you should be checking the game out. 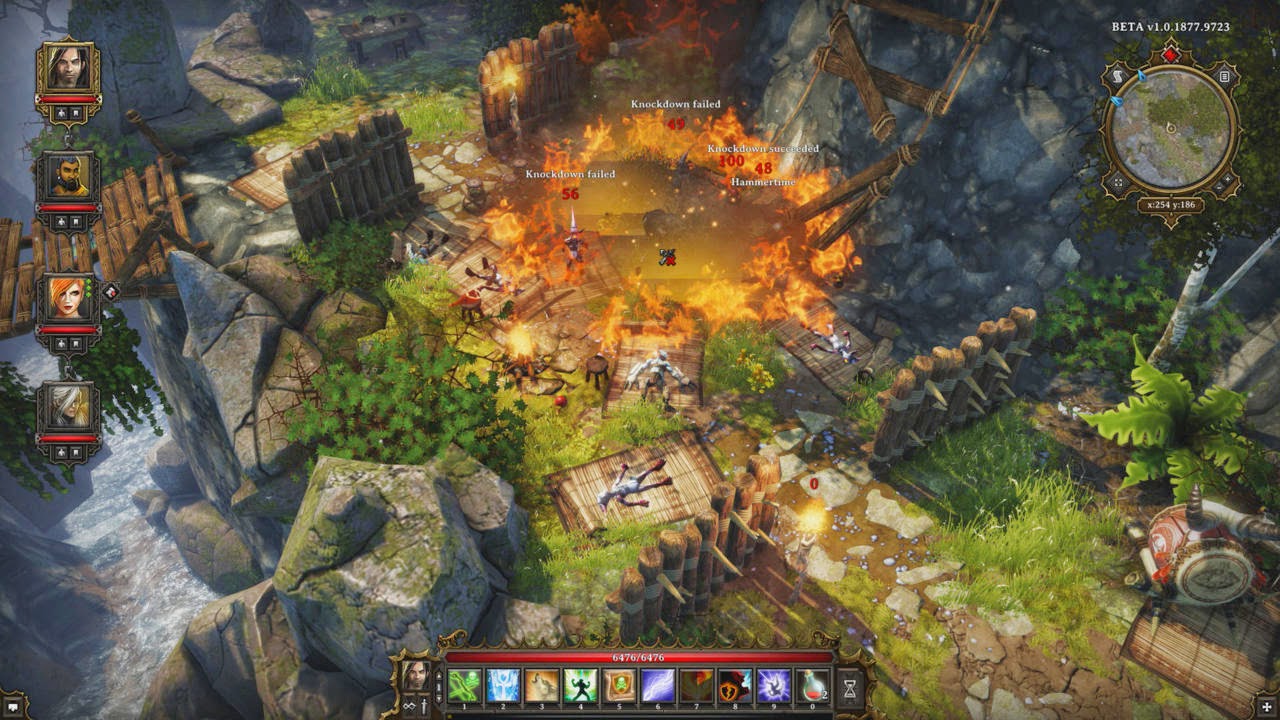 2. A key subplot revolves around the cross-social class romantic struggles of two cats.

3. An interdimensional massive threat to all lifekind as we know it is treated as a middling and not terribly pressing subplot for most of the game.

5. Early in the game you meet a talking clam which quotes from Moby Dick.

6. Zombie enemies occasionally sport the names of the person they used to be (like 'Rob'), to make you feel slightly bad when you splatter them.

7. You create two PCs instead of one, and can have them spend the whole game bickering with one another if you want to explore the duality of your own psyche. Or merely accelerate your own inevitable mental breakdown.

8. It has the best combat seen in an RPG since Baldur's Gate II.

9. It's basically the product of an unholy union between Baldur's Gate, Diablo, Ultima VII, XCOM and Myth (the pre-Halo Bungie strategy games). Simultaneously.

10. It'll more than adequately fill the time until Pillars of Eternity and Elite: Dangerous come out.

Divinity: Original Sin is available on PC now.
Posted by Adam Whitehead at 20:29

Oh man, do I ever want this game now! I suspect it might be one of those that I'd spend hours playing, which is fine right now because I'm still unemployed. Unfortunately, that same unemployment prevents me from being able to buy it to play. :/ Maybe I'll make it a treat for when I find a new job.

Good stuff is coming back with a vengeance.

I think the 'Rob' thing is a 'Rob Zombie' joke. Great game. I'm really enjoying it.