The world is reeling from the revelation that the Nazi terror group Hydra has survived, operating in the shadows, for seventy years. Many SHIELD agents have defected to it and the two groups, both outlawed, are now at each other's throats. As the rest of the world struggles to deal with this conflict, the agents of SHIELD are on the back foot. Deprived of their normal resources and funds, Phil Coulson and his team are barely keeping their heads above water. But they have some aces in the hole, including an agent placed inside Hydra and a very unusual source of intelligence about the enemy. 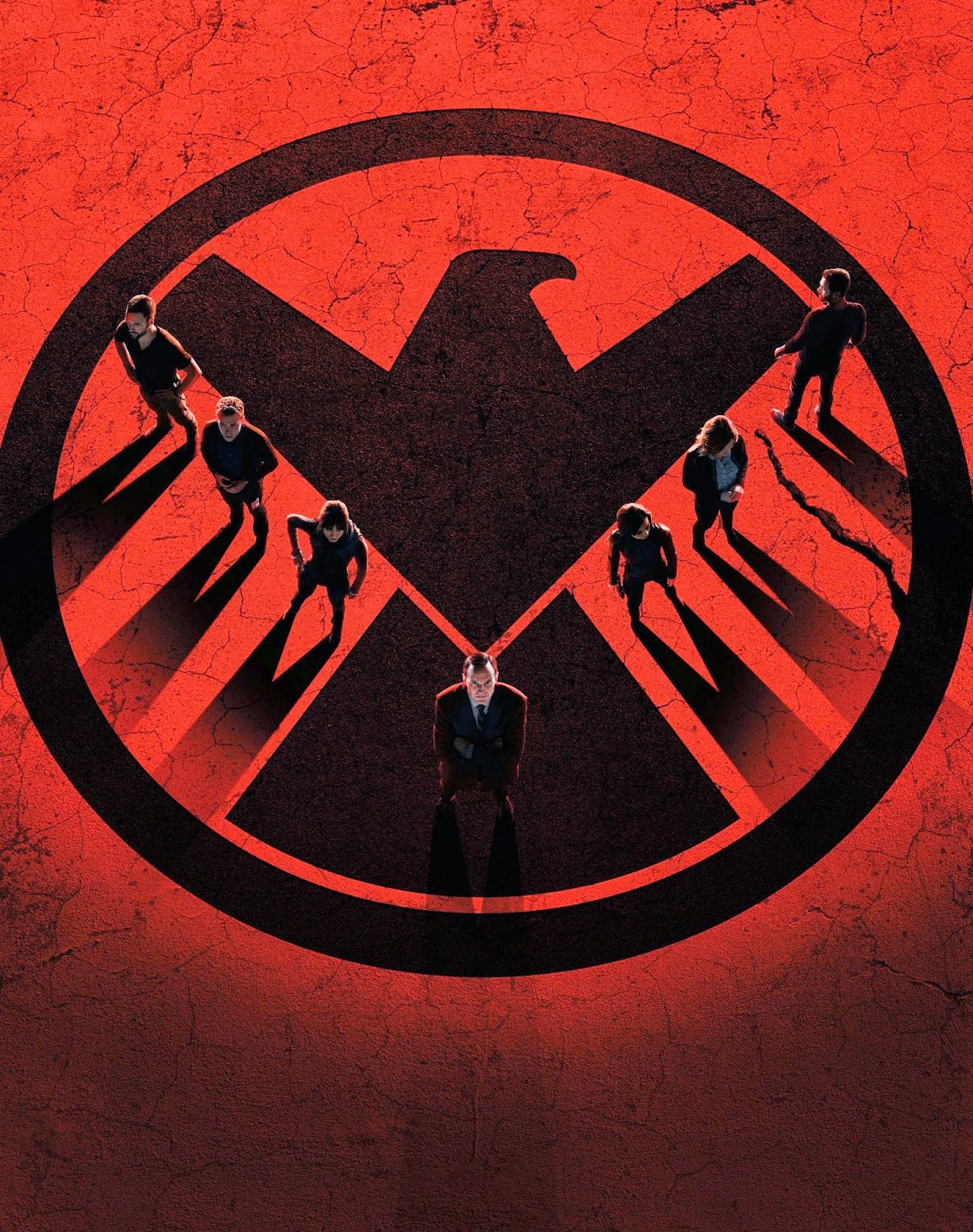 Agents of SHIELD's first season can be summed up as "Pretty poor up until Episode 15, then it got good." This was a show running with its training wheels still on until Captain America: The Winter Soldier came out and allowed the show to take some risks and go in some very interesting directions. The season ended on a high, but the question remained if it could continue on that path.

The answer is yes, more or less. The opening half of Season 2 has the series in a state of barely-controlled chaos. There are new agents on the team, but thanks to a between-seasons time gap we barely get any introduction to them. They're just there and we have to deal with it.

The first season left a lot of balls in the air which the show does a good job of catching and running we. We have the fall-out from Fitz's severe injury in the Season 1 finale which has reduced him to a shell of his former self (a superb performance from Iain De Caestecker). We have Ward's brutal betrayal of his former team which has left him their prisoner, being pumped for information by his old friends. There's the ongoing mystery of the alien symbols in Coulson's head, not to mention Skye's ongoing search for her father and her own origins. There's also the ongoing main storyline about Hydra's rise to power and the various world governments struggling to tell Hydra from SHIELD. It makes for a busy season with no time for interminable stand-alones, which is good.

On the negative side, there is still some repetition, with a few episodes showing Daniel Whitehall embarking on some plot only to be thwarted by Coulson's team. There's also the ongoing Marvel Cinematic Universe reliance on magical maguffins. Hydra and SHIELD spend this half-season battling for control of the "Diviner", a mystical key thingy to some secret city which could something bad, potentially. It's all a bit vague and the stakes aren't really spelt out. The show is better when it's pitting SHIELD and Hydra against one another (with Kyle MacLachlan's character as an effective wild card), fighting over clearer objectives and with the consequences made clearer. The decision to introduce the new characters in media res also backfires a little by not providing the audience with any reason to care about them: Lance is such an underwritten character that the decision to make him the focus of a couple of episodes is baffling.

It isn't plain sailing then, but Agents of SHIELD's second season (***½) is off to a reasonable start and has a powerful mid-season cliffhanger that raises the stakes again. It'll be very interesting to see where the show goes in the back half of the season.
Posted by Adam Whitehead at 18:05

I'm enjoying Agents of SHIELD pretty well, but I have to tell you, if you haven't been checking out Arrow and The Flash, you're missing out.

I have no idea if my comment posted or not, so I'll try again. :)

Anyway, I'm enjoying Agents of SHIELD pretty well. But much to my surprise, it's not nearly the best superhero show on TV.

If you haven't checked out Arrow or The Flash yet, you're missing out. Both are excellent, though I'd start with Arrow because of some tie-ins.