It's still ten months away, but Tor Books have revealed the cover art for the forthcoming Wheel of Time Companion, along with some more detailed information (in addition to my previous article) on what the book will contain. 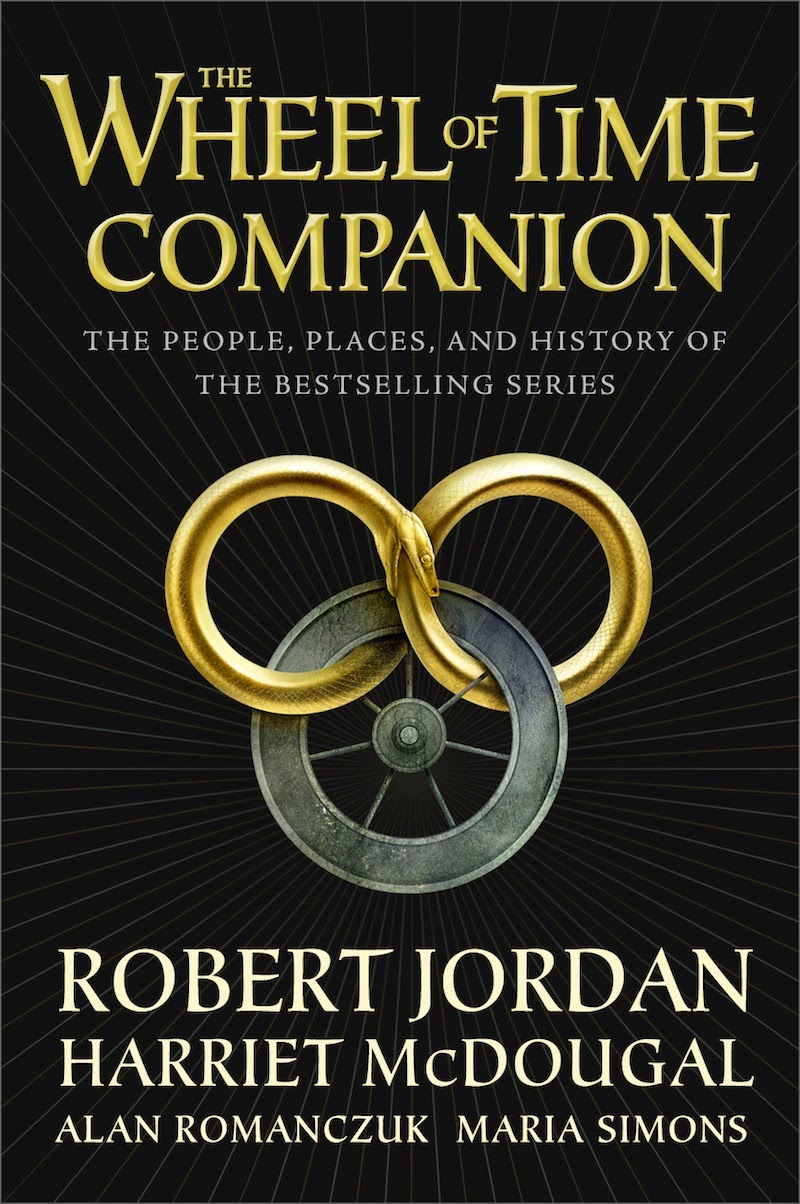 The book has been written by Robert Jordan's widow, Harriet McDougall, with his writing assistants Alan Romanczuk and Maria Simons providing assistance. The book draws on the hundreds of thousands of words of notes Robert Jordan wrote during his writing of the series, detailing many aspects of the world and its cultures which never appeared in the books themselves.

The book will feature an entry for each named character, which with well over 2,000 named characters in the book series alone is quite some feat. Even Bela (Egwene's much put-upon horse) gets her own entry. There will also be an extensive dictionary of terms in the Old Tongue, featuring at least 1,000 words and their usage. There will be new portraits for most of the characters, and information on the histories and customs of the major nations. This is likely to be expanded upon the already extensive information presented in The World of Robert Jordan's The Wheel of Time (1997). There will also be information on the flora and fauna of the world, likely partially drawn from an article Robert Jordan wrote for Dragon Magazine back in 2001. Most intriguing is the presentation of a list of channellers and details on their respective strength/power levels relative to one another, something hardcore fans have been asking to see for years.

The book will be published in November 2015.
Posted by Adam Whitehead at 19:01

"They" should also publish some 'other' stuff - perhaps a book containing the New Spring short story, the 'Ravens' prologue, and whatever else is suitable for print in its own book.

I will most likely skip this one, but for the fans of the series, it's good that its's coming out.

I also wonder if there will be anniverary / special editions of the books in the series.

[Feel free not to publish this question.]

Any word on the artists who illustrated the book?

I have been a diehard fan of RJ and TWOT ever since I started the first book TEOTW, and have reread all 14 books, River of Souls, New Spring The Novel, and The World of RJ The Wheel of Time-all these books countless times! This book coming out looks pretty interesting, and am looking forward to getting it!

I prefer books over movies for the most part, and though Harriet has said that after this book, thats all for TWOT books, I still say there is plenty of room for a story about the struggle with the Seanchan!

Oh well! Such is life! There is still a number of new books for me to read, and plenty of other things to occupy my time!

Wishing everybody a happy 2015!