No awards this year, as I fell way off the wagon in keeping up with new releases this year to even try. But still, an interesting year all round. 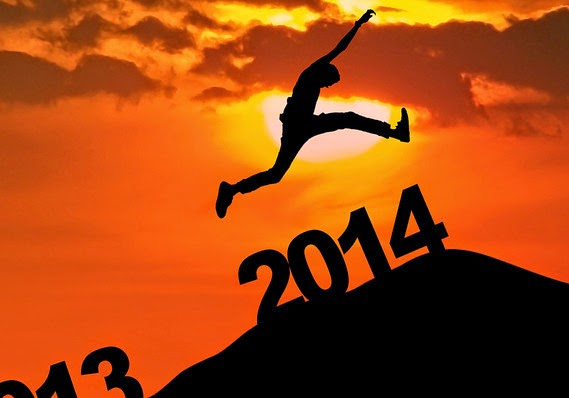 So totally over it.

Once a decade or so I suffer from a bad case of book burn-out and have to take an extended break from reading (the last time for two years, until Steven Erikson's books snapped me out of it) to refresh the batteries. That's what happened in 2014, exacerbated by my new working hours being really non-congenial for reading. Still, I got a few new books under the belt: the long-awaited World of Ice and Fire was a pretty solid guide to the world of Westeros and Essos for both Song of Ice and Fire and Game of Thrones fans. Steles of the Sky brought Elizabeth Bear's Eternal Sky trilogy to a fine conclusion and Joe Abercrombie launched his "YA" epic fantasy trilogy in fine style. Words of Radiance was an enjoyable follow-up to The Way of Kings, although Sanderson could do with trimming back the word count on the novels in this series. Unfortunately a lot of other 2014 releases (including Assail and The Abyss Beyond Dreams) went straight onto the "To Read" pile. Hopefully the reading mojo will get back on track for this year.

2014 was a pretty strong year in gaming, although I had a different problem here: games so vast that they sucked up tens of hours without me getting into a good enough position to review them. Shadowrun Returns: Dragonfall was a pretty stellar expansion to the original game which radically improved it, whilst the PC version of Valkyria Chronicles was excellent and brought a whole new audience to this hugely underrated tactical anime wargame. The Banner Saga combined gorgeous artwork and music with some compelling turn-based gameplay, but had some problems with difficulty spikes and too much of the game being based around random events rather than the player's action. Still, highly enjoyable. Thief (2014) was a bit of a disappointment for fans of the series, but for newcomers was a reasonably solid stealth game.

However, the year belonged the humongous open-world mega-titles and Kickstarter RPGS, each taking immense investments of time. I won't get to the likes of Dragon Age: Inquisition and Watch_Dogs for a long time, although Alien: Isolation, Far Cry 4 and Shadows of Mordor are incoming in the next few weeks, alongside the much-delayed PC version of GTA5. However, I also need to finish off Divinity: Original Sin and Wasteland 2, huge and enjoyable games but so big I had to take breaks to play other things. Elite: Dangerous wins the award for most atmospheric game of the year. Also expect a review of the inventive South Park RPG in the near future.

A strong year and one that arguably broke the back of the Triple-A big budget gaming market, with crowdfunding and the indie scene providing some really interesting, ambitious titles that left the big-budget stuff looking a bit uninspired. Still, Alien and Mordor did show that even big budget games could develop new and interesting mechanics. Expect to see "hiding in cupboards for ages" and "procedurally-generated distinctive bad guys" to be in every other AAA game released from now until the end of the decade.

I've never been a massive film-watcher and this year was no exception. Captain America: The Winter Soldier was the best Marvel movie to date, but Guardians of the Galaxy wasn't far behind it. The third Hobbit movie wasn't a complete write-off, but still felt bloated and tired. The likes of Interstellar will have to wait for Blu-Ray or Netflix for me to see.

In terms of TV, this was a pretty strong year. Orphan Black's second season wasn't quite as inspired as the first, but it was still hugely enjoyable stuff. Agents of SHIELD somehow came back from a dull opening half to its first season to become something hugely more interesting, a rise in form it maintained into its second year. Gotham started stiffly but then very rapidly improved into a hugely enjoyable slice of pulp fun. True Detective was slightly overrated, but still a richly-drawn and brilliantly-acted drama. The Tomorrow People was very good "bad" TV, whilst The Strain was very bad "bad" TV, and Under the Dome was somehow even worse. I also watched most of Breaking Bad at the end of the year, because I like being late to the party.

Email ThisBlogThis!Share to TwitterShare to FacebookShare to Pinterest
Labels: review of the year, wertzone

Kicking myself for not remembering where I saw it, but I recall on seeing a 'coming in 2015' book list that The Winds of Winter will come in April...

There's also the finale of the Dagger and the Coin this year,.

On blu-ray at some point will be The Hobbit extended edition trilogy [looking forward to your thoughts on that].

In cinemas I am anticipating: Avengers 2, Spectre, Mission Impossible 5, Mockingjay: Part 2 and The Hateful Eight.

All in all, should be a good year.

WINDS is definitely, 100% not coming out in April. It'd have been announced by now if that was the case. It's not impossible it could just squeeze out in December, but I find even that very highly optimistic at the moment.

I am hoping we just get a solid update on the book this year. It's been two years since we got even a halfway solid progress report.

I agree, it would be nice to get a blog post from GRRM with his current page count. I honestly don't think he has given a page count update since 2011 when he talked about "over 100 pages' being moved to Winds.

It would be nice to know if he has made a ton of progress and is sitting on 1000+ pages or if something has been blocked.

Something has been blocked with GRRM ever since he finished A Storm of Swords over 15 years ago. He more or less ruined the series already with AFFC & ADWD - I have no hope he will ever recover & finish the series satisfactory, if at all.