Several years have passed since the devastating events of God's War. Most of Nyx's former team have taken refuge in regions distant from the ongoing war between Nasheen and Chenja, taking up new lives, starting families and trying to move on. Nyx herself is still working on the sly for the Queen of Nasheen. When Nasheen is rocked by a devastating attack on the capital city and it becomes clear that the bel dame assassins are fighting amongst themselves, Nyx is forced to travel across the continent to consult her former allies Khos and Rhys. But her arrival in their new lives has horrifying consequences. 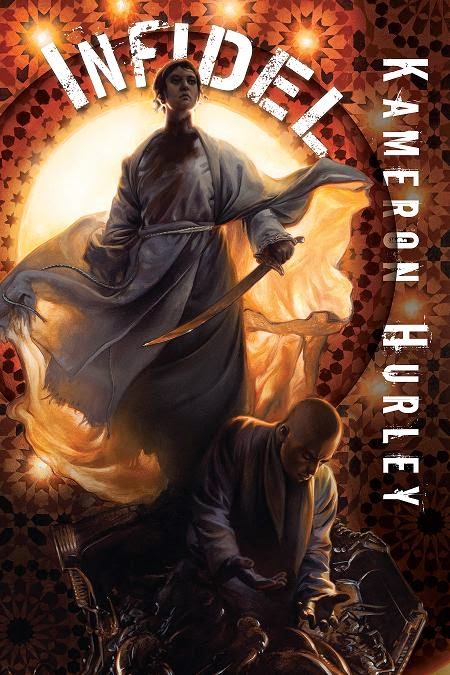 Infidel is the second volume in The Bel Dame Apocrypha, following on from God's War and preceding Rapture. As with the first novel, it's a hard-arsed book fusing fantasy to science fiction by way of a whole lot of attitude and a lot more smarts. It's also the rare middle volume of a trilogy that builds and improves on God's War.

God's War was a great book, but one that ended up being a little too confusing for its own good, especially at the start. Infidel is much more coherently focused on its storytelling, building a parallel narrative contrasting Rhys's new, peaceful life in Tirhan with Nyx's ongoing life of mayhem. This structure worked well in God's War but is even better here, with the different locations and circumstances for the two characters allowing Hurley to even more strongly define them. The two strands are held separate for a large chunk of the book, building up tension so that when they come together the results are appropriately cataclysmic. 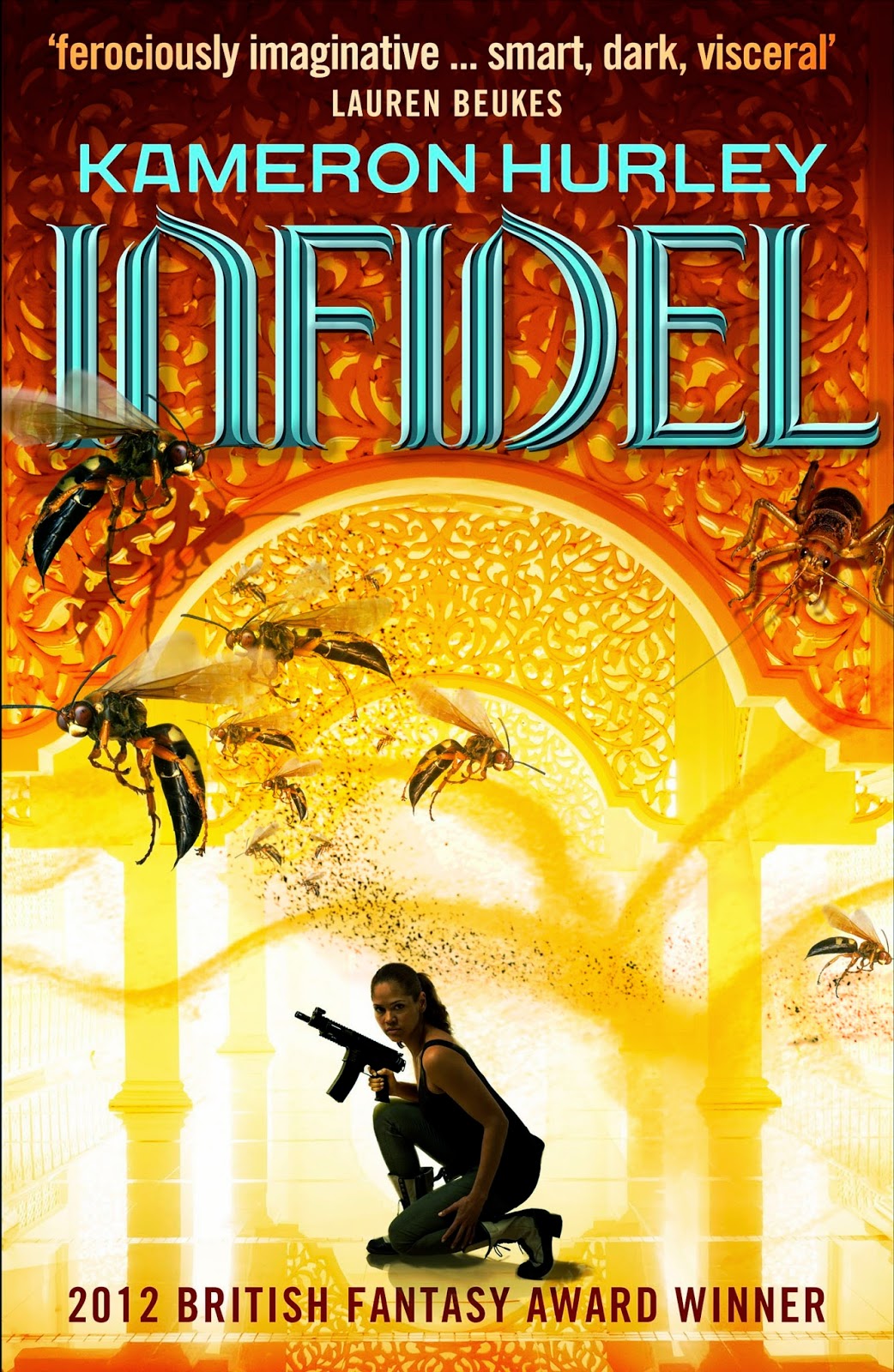 Hurley's writing is tighter than in the first book and also more empathetic, building up the new characters and relationships so that when the inevitable gut-wrenching betrayals and deaths come, they hurt. Infidel is a brutal book - more than the first volume - but one that earns its shocks rather than relying on them for a cheap emotional fix.

There are problems: the ending is extremely abrupt, an epic final confrontation over and done with in a blink of an eye. There's also the age-old trilogy situation of the first instalment being more or less stand-alone (in case it bombs) but the second volume being left wide open for the story to continue into a third book. Whether this is a bug or feature of trilogies is up for the reader to decide.

Infidel (****½) is an improvement over God's War, being tighter, more strongly characterised and with a better structure, whilst the 'bugpunk' weirdness is carried through and becomes even stranger. The novel is available now in the UK and USA.
Posted by Adam Whitehead at 16:22

Loved this series, it's got some pretty fresh ideas that I liked a lot.

Her new series is off to a great start as well, her writing style makes for some really fantastic reads

Wow, that UK cover is horrible.