New BALDUR'S GATE game to be made

In unexpected news, Beamdog have announced they are making a new Baldur's Gate game using the Infinity Engine, the old 2D engine used to create the Baldur's Gate and Icewind Dale series, along with the classic Planescape: Torment. 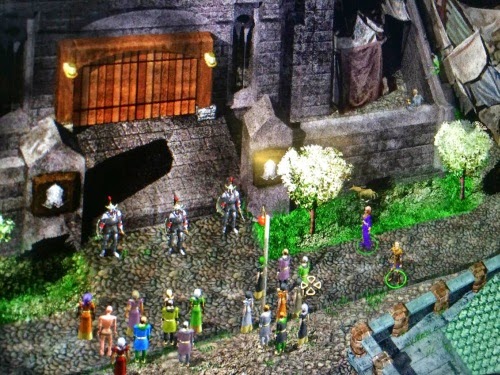 The new game is an 'interquel', set between the two Baldur's Gate titles, presumably in the few months that elapsed after the end of the first game and before our heroes are captured in the wilderness and taken to Amn to begin the events of the second.

This is a curious decision, likely driven by budgetary and licensing constraints. Beamdog are working with Atari (the D&D licence holders) and Wizards of the Coast (the current owners of the D&D brand itself) and apparently getting them to all work together has been a nightmare so far. Given they are working together on the re-releases of the Infinity Engine games, it may make sense to try to squeeze a new game out whilst there is a window of opportunity to do so and while the isometric RPG market is seeing a resurgence in popularity due to the high sales of Divinity: Original Sin and Wasteland 2, not to mention the upcoming Pillars of Eternity. On the other hand, using the Infinity Engine in all is creaking glory is probably not the best idea, there is no real narrative gap between the first two games that needs to be filled and apart from its head, Trent Oster, Beamdog has very few personnel working for it who also worked on the original games. Certainly most of the major writers and creative forces are now with other companies, or still at BioWare.

Beamdog plan to release the new game later in 2015, so it'll be interesting to see what direction it takes. Meanwhile, Obsidian, who do have many of the writers and creative forces behind the Infinity Engine games working for them, are due to ship Pillars of Eternity, a modern 'spiritual successor' to the Baldur's Gate series, in the next few months.
Posted by Adam Whitehead at 17:14

Email ThisBlogThis!Share to TwitterShare to FacebookShare to Pinterest
Labels: baldur's gate, beamdog, infinity engine, news, this will probably suck but you never know