Star Wars: Episode VIII has been delayed by seven months. It will now be released on 15 December 2017, falling back from its original May release date. 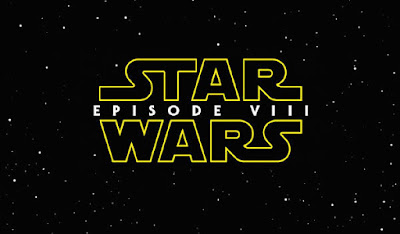 There are several likely reasons for this. The first is that, after the success of The Force Awakens, Disney appears to have requested rewrites to more firmly centre the movie on the established new characters of Poe Dameron, Finn and Rey. Apparently Rey was originally going to take a slightly smaller role, presumably as she'd be spending most of the time offscreen carrying Mark Hamill around like a backpack for training purposes, and several new characters were going to pick up the slack. It now sounds like the new characters will, whilst still be present, be more in supporting roles to the new trilogy's new central trio.

The second, and frankly more likely reason, is that Disney assessed that the May 2017 release date was going to be more crowded with blockbusters and Episode VIII would be more likely to repeat The Force Awakens's massive success (now at $1.9 billion and still climbing at an impressive rate) if it fell back to December. However, that will put Episode VIII (the sequel to what will almost certainly be the second-biggest movie of all time) head-to-head with James Cameron's Avatar II (the sequel to what will almost certainly still be the biggest movie of all time) in a real cinematic clash of the titans.

There's also the fact that the release schedule was a tad ambitious, with principal photography on VIII not due to start until the spring of this year and with extensive effects work likely required (although some early shooting has already been completed on the Irish islands used for Luke's planet in VII), director/writer Rian Johnson could do with the extra time.

In the meantime, we still have Star Wars: Rogue One to look forwards to, in cinemas in December this year. Also check out Joe Sill's Star Wars fan film above. Kara is all the classic beats of Star Wars distilled into seven minutes of accomplished work.
Posted by Adam Whitehead at 21:30